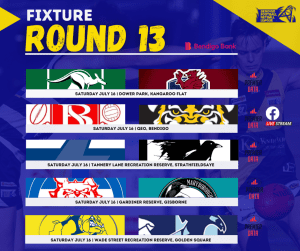 THE powerful netball line-ups from Kangaroo Flat and Sandhurst meet in this Saturday’s 13th round of A-grade action in the Bendigo Bank Bendigo Football Netball League season.

The Kangaroos will have home-court advantage at Dower Park as they attempt to end Sandhurst’s unbeaten run.

When these clubs met in round four at Queen Elizabeth Oval it was befitting of what may be a grand final preview as the Tamara Gilchrist-coached Sandhurst fought for a 52-51 victory.

The Dragons go into this match aiming to mark a 13th consecutive victory.

In last Saturday’s play, Sandhurst showed its formidable depth in a 64-41 win against South Bendigo in the battle of the QEO co-tenants.

Kangaroo Flat’s mid-court and attack is in great form.

Another big match in round 13 will be at the QEO where South Bendigo takes on Kyneton.

The Janelle Hobbs-coached South Bendigo will be chasing its eighth win of the season.

Kyneton is 10 points behind the fifth-placed Castlemaine and must beat the Bloods to keep the heat on the Magpies.

In round four, Kyneton and South Bendigo played out a 52-all draw in Tigerland at Kyneton Showgrounds.

Strathfieldsaye will be back at Triple M Park in Tannery Lane to take on Castlemaine.

In round four, Storm marked one of its best matches of the season in a 56-60 result on Castlemaine’s court at Camp Reserve.

There will also be plenty of interest centred on the Golden Square and Eaglehawk match at Fur Life Oval in Wade Street.

The Bulldogs will be focused on breaking their season duck against the Hawks.

The round four showdown ended in a 60-33 win for the Two Blues in Eaglehawk.

The third-placed Bulldogs are likely to have too much skill through mid-court and attack for the Pies to hold across four quarters.

Their previous meeting ended in a 54-36 win for the red, white and blue at Maryborough’s Princes Park. 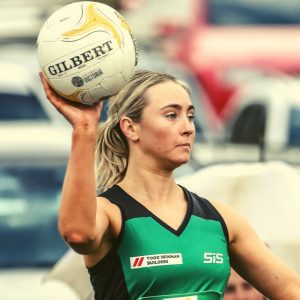