Bloods up pressure against Gisborne at QEO 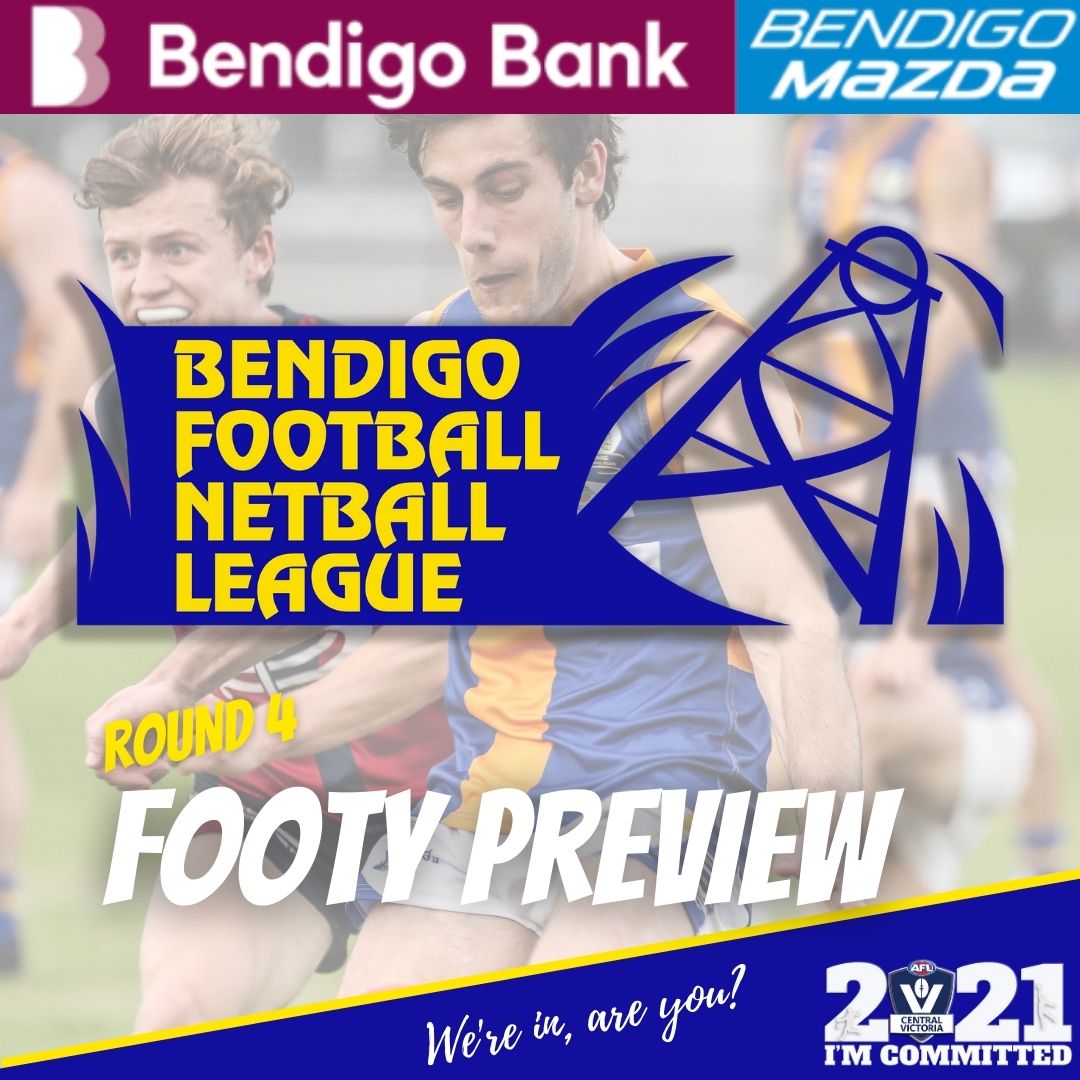 PRESSURE will be the key to South Bendigo’s game as the Bloods take on Gisborne in Saturday’s fourth round of senior footy in the Bendigo Bank Bendigo Football Netball League season.

The Nathan Horbury-coached South Bendigo has a three-nil record and is second on the ladder going into this test on Queen Elizabeth Oval.

In the past two rounds the Bloods have won at Kyneton by 10 points, and beat Eaglehawk by a point at the QEO.

Midfield duels are always crucial on the big ground.

The Bloods have Brody Haddow, Cooper Leon and Horbury up against Scott Walsh, Brad Bernacki and Flynn Lakey.

A key for South will be limiting the chances to a Bulldogs’ attack led by Jack Scanlon, Ethan Foreman and Josh Kemp.

Gisborne will be without captain and gun forward Pat McKenna, but there is still plenty of scoring power for South defenders Daniel Nalder, Andrew Vanheumen and Zac Hare to try and stop.

At the other end of the ground, South has Michael Herlihy, Kaiden Antonowicz, Sunny Brazier and Will Keck in hot form.

The Bloods regain Horbury who missed last Saturday’s game to be at the birth of his son.

Brock Harvey and Lachlan Furness are in for South Bendigo as Wil McCaig, Will Tobin and Riley Walsh are out.

Sam Graham is in for McKenna.

The intense rivalry between Golden Square and Strathfieldsaye is renewed on the Bulldogs’ turf at Fur Life Vet Oval in Wade Street.

The Bulldogs will be desperate to hit back after a two-point loss to Sandhurst in last Saturday’s inaugural challenge for the Ron Best Shield.

Golden Square has brought in Jack Hickman and Zavier Murley on a ‘from’ interchange as Braydon Vaz is out.

The midfield battles will be a highlight.

The Bulldogs have Jack Geary in superb form and well supported by ruckman Matt Compston, Ryan Hartley and Hamish Morcom.

Key recruit Joel Brett kicked four goals for Square last round as a tally of three kept Jake Thrum in the lead for the Ron Best Medal as league leading goalkicker on 15.

In defence, Golden Square will look for big games from Will Lee, Zack Shelton and Liam Barrett.

Rising stars for the blue and gold include Will Thrum, Zane Keighan and Brodie James.

After a 0-2 start, Strathfieldsaye struck back for a big win against Maryborough at Triple M Park last round.

Cooper Jones and Lachlan Sharp led the attack on seven and five goals.

Out of the line-up are Jake Moorhead, Jack Neylon and Nick Higginson.

A talented Storm defence has Ben Lester and Jake Hall in the key posts and the run and creativity of James Schischka and Kellan Smith.

The play of Jye Formosa, Patrick Blandford, Callum McCarty, Hunter Lawrence and ruckman Caleb Ernst will be vital to Storm’s chances of taking the points.

The Roos have brought in Keagan Geran on a wing.

It’s been a daunting start to the season for the James Flaherty-coached Roos who have played at Eaglehawk, tackled Kyneton at home, and then trekked to Gisborne.

Positives have been the form of youngsters Tom Gillespie, Mitch Trewhella, Jake Hywood and Ryan O’Keefe.

On the smaller confines of Dower Park, centre ball-ups are important.

The Roos will look to captain and number one ruckman Nick Lang to continue his outstanding form.

Lang faces a big ask against Chris Down.

Creating more scoring chances and holding the ball inside the forward 50m arc will be major goals for the Flat.

Among the changes to Sandhurst’s team were the inclusion of Connor Sexton in a forward pocket, James Mittell and Billy Robertson  on the wings, and the classy Jake McLean.

There are plenty of stars in the Sandhurst line-up.

Lee Coghlan was best in the latest victory, while Lachlan Ross, Noah Walsh and Isaac Ruff lead a no-frills defence.

A star in Kangaroo Flat’s under-18 premiership victory in 2019, Mitch Rovers will line up in the Dragons attack alongside the likes of Matt Thornton, Oscar McKinley and Joel Wharton.

Maryborough clashes with Eaglehawk in another battle of the birds at Barkers Oval in Princes Park.

The Magpies are always a difficult assignment at home.

The Pies’ defence is up against another in-form attack.

Eaglehawk scored 228 points in its latest hit-out at home against Castlemaine.

Darcy Richards booted 10 goals in a best afield performance and will be keen to lead the Two Blues against his former club.

The Hawks have brought in Damian Wust and Dylan Hanley.

Castlemaine hosts Kyneton in the battle of the Calder rivals at Camp Reserve.

The Don Moran-coached Magpies will be desperate to bounce back from last week’s disappointment in which they score just one goal by Liam Wilkinson at Eaglehawk.

Ins for the Pies are Callum McConachy at half-forward and Sam Nettleton in the ruck.

John Watson, Riley Pedretti and Liam Wilkinson fought hard against the odds at the Borough, but need a lot more support.

Kyneton has made four changes to the team beaten by South Bendigo at Tigerland.

Chris Barry, Andrew Beckerley, Dominic Bennington and James Ellis are in for the Paul Chapman-coached Kyneton.

Guy Dickson and Bailey McGee kicked three goals apiece for the Tigers against the Bloods.

Rhys Magin in the centre, Jordan Mangan, Sam Foreman and Harrison Huntley in defence, ruck-rover Hamish Govan, Evan Davie and Ned O’Sullivan should win enough of the ball to ensure a Kyneton victory.