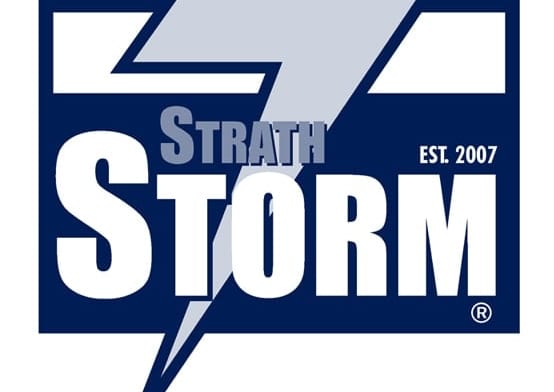 Victorious in the second semi-final against Eaglehawk by 72 points, Storm is hot favourite to again claim the Bendigo Advertiser premiership cup at Queen Elizabeth Oval.

Coates said there were many areas of Strathfieldsaye’s game which went to another level in their first hit-out of the finals series.

“Our pressure around the contest was a big factor in our win,” said Coates.

“The workrate of our midfield, but also the rest of the team was really important.”

Strathfieldsaye’s ability to limit the space the opposition can run into has played a big part in the team’s win-loss tally of 18-1.

“Eaglehawk has such a dangerous forward line, so we know have to work hard on pressure against them when they have the ball.”

In attack, Storm has Lachlan Sharp, 131 goals, as the main target.

Although limited to just two goals in Storm’s latest clash with Eaglehawk, there were plenty of other team-mates who added majors in the 100 to 28 victory.

Strathfieldsaye’s team in the second semi-final included eight players who were not on-field in last September’s grand final loss to Eaglehawk.

The flexibility of Storm’s line-up will also test the Hawks.

“Being unpredictable is important,” said Coates.

“There’s the ability to move players to lots of different areas, but if opponents take control then there’s plans B and C.”

Storm’s hard-running to and from contests is a major strength of the team in 2019.

“It was a big pre-season in which quite a few players achieved PBs (personal bests) in the running trials,” said Coates.

“The ability to cover the ground and to link up and support each other is really showing.”

Storm has the experience of Kallen and Shannon Geary, Bryce Curnow, Lachlan Sharp and Ben Lester, but there’s many talented youngsters who have had impact in every game.

Jake Moorhead was best afield in the second semi.

“His play in close and ability to get the ball to team-mates is brilliant,” said Coates.

“Jake can be just as effective on the outside of a contest.”

Other youngsters to watch in the Storm line-up include Jack Neylon, Lachlan and William Wallace, and Hunter Lawrence.

Vin Flood, Ben Lester and Lachlan Sharp have fought their way back from long-term injuries throughout their footy careers to be among Storm’s best.

In Sharp’s case, the Ron Best Medallist for a second time as the league’s leading goalkicker.

There could be a change to the winning line-up as Bailey Henderson is an emergency for Richmond’s team to play in the VFL grand final on Sunday against Williamstown.

“To be emergency for a Richmond team which has 19 AFL-listed players is a super effort.

“Being in the Tigers’ 25 is a sensational effort by Bailey,” said Coates.

“As a club we hope he is rookie-listed by an AFL club going into next season.”

A multiple premiership-winning player and coach at Kerang, Coates could add to the list against a club he represented in the Bendigo FNL grand final in 2011.

The Hawks’ team in that season was coached by Luke Monaghan who is in his first year of coaching development manager at Strathfieldsaye Storm.

It’s the third year in a row Strathfieldsaye faces Eaglehawk in the senior grand final.