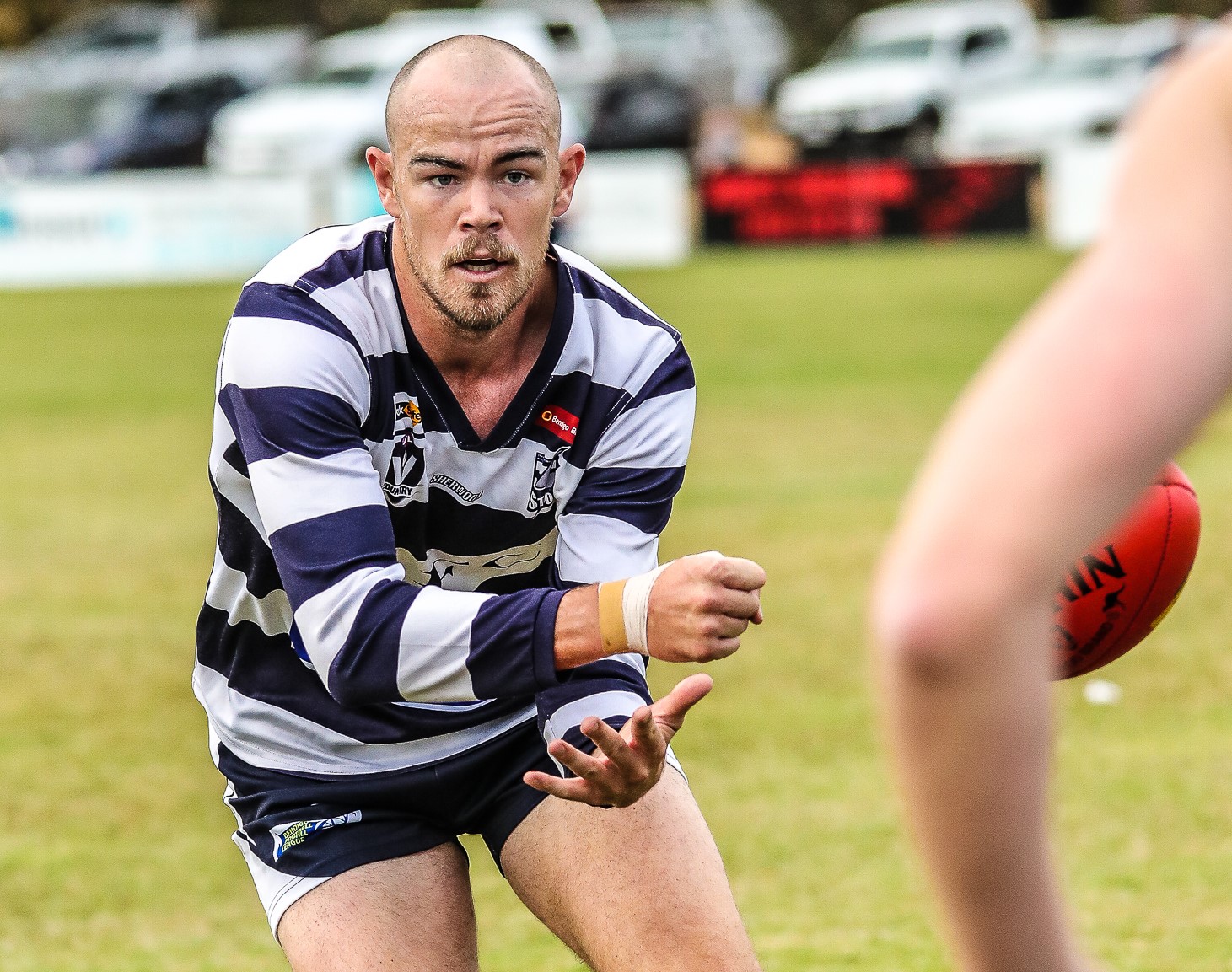 Curnow racked up 105 votes to claim the prestigious honour as Storm surged to a fourth senior premiership in just its 10th season in the Bendigo Bank Bendigo Football Netball League.

After starting the season as a key pillar in defence, Curnow switched to attack.

His versatility was a huge plus in the 14-point grand final win against Eaglehawk.

Runner-up for the senior team champion award was onballer Josh Formosa on 95 votes.

Highs for Strathfieldsaye Storm were the premiership victory by the Troy Coates-coached seniors, and an unbeaten run by the Shannon Geary-coached reserves to be league champions.

Best player in the finals series in which Storm beat Eaglehawk in the second semi and grand final by 72 and 14 points respectively was Josh Formosa.

Among the best in the grand final win, coach Troy Coates presented the coaches award to defender Jack Neylon.

One of many young guns in Storm’s line-up, Bailey Henderson earned the Rising Star award for players under-21.

The MVP Players’ Award and Best Team Man trophies were both presented to onballer/midfielder Sam Heavyside.

A great year for the Formosas included Jordan being runner-up for the reserves best and fairest by just three votes to Jordan Wilson.

A talented reserves line-up included Lachlan Bonney and Jayden Donaldson, both triple premiership winners in the seniors were selected in a back pocket in Storm’s Team of the Decade.

It was a tie for the under-18s football best and fairest as Zac Charles and Tim Hosking were locked on 70 votes after the final card was called.

Runner-up was Billy Quirk on 59 votes.

The Bart Leahy-coached under-18s were third after being knocked out in the preliminary final as Kangaroo Flat charged to premiership glory.

On the netball court, Stephanie Freemantle was A-grade best and fairest on 69 votes.

Next best was Caitlyn Hamilton, 51.

Storm achieved a win-loss tally of 5-11 to be sixth in the premiership race.

It was a dramatic tie for the A-reserve team champion award was Ashlee Barbetti and Matilda Shannon earned 65 votes.

A great season by Shannon included being the recipient of the Storm Spirit award.

Best and fairest for B-grade was Hayley Hogan, 65 votes, from Bridget Abe, 52.

Team champion for the premiership-winning B-reserve netball line-up was Chelsea Crapper on 56 votes.

Runner-up was Chelsie Haebich, 46, who also named player of the finals series.

Brilliant seasons by Ava Hamilton and Angelica Jack were capped by both polling 71 votes to be joint winners of the 17-and-under best and fairest.