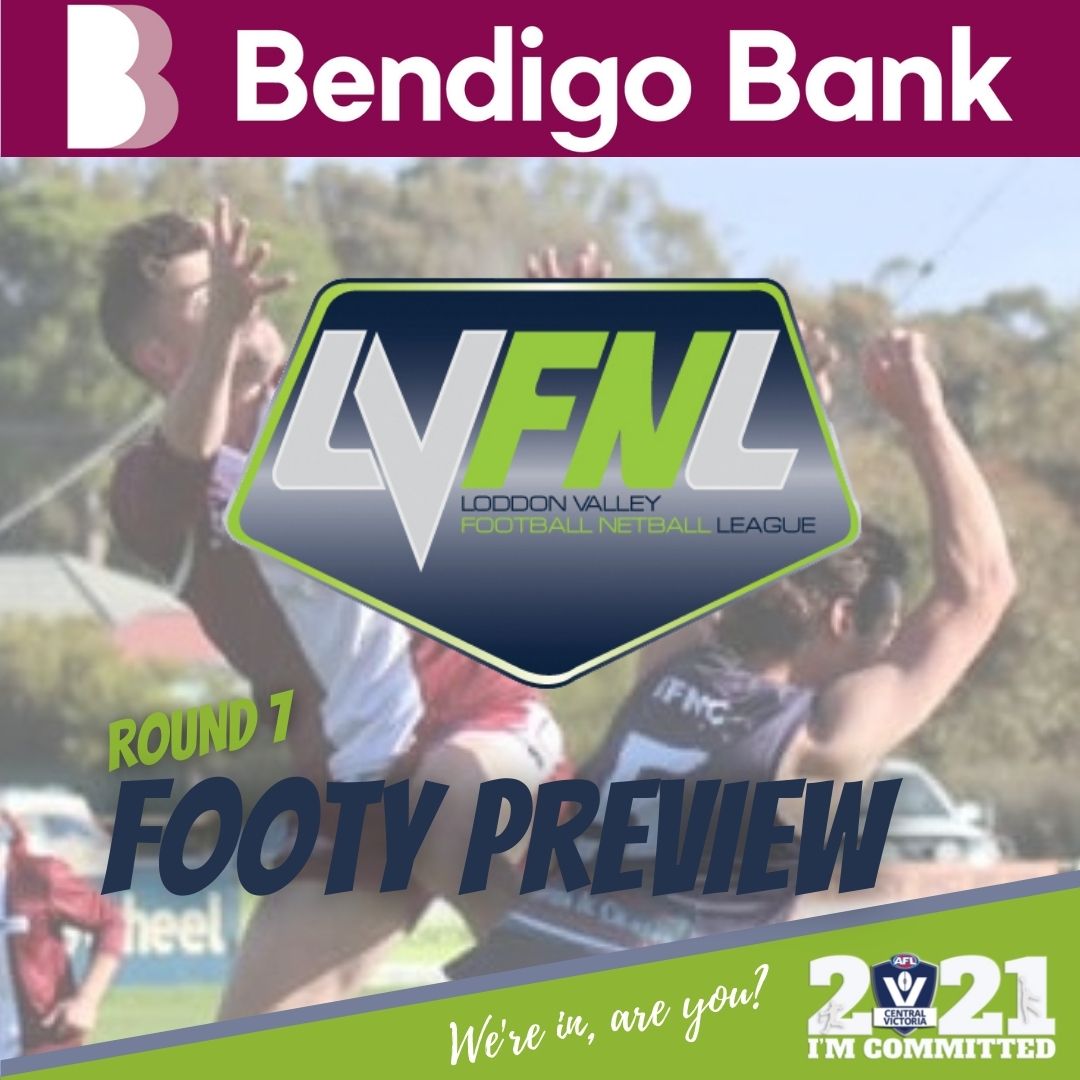 THE winless run for Calivil United or Inglewood will be broken in this Saturday’s seventh round of senior footy in the Bendigo Bank Loddon Valley Football Netball League.

It’s been a tough run for the Demons and Blues throughout the 2021 campaign as both clubs have fielded young teams.

Being on home turf at 5 Star Stockfeeds Oval in Calivil could give the Demons a slight edge.

Calivil United has battled for goals, but scored eight in last Saturday’s clash at Serpentine.

Recruited to the club after a great career which included being senior coach at South Bendigo, Brady Childs has starred in all games for the Demons.

The play of Ben Baker at centre half-forward, Jake Lawry as ruck-rover, Ryan Brunker, Jack Demeo on a wing, Evan Ritchie, Brae Mensforth and Tom Dargaville will be vital to the Demons bid for victory.

A strong start will be a major goal for the Blues.

Inglewood was scoreless as Newbridge raced to a 40-point lead by quarter-time of last Saturday’s match on Inglewood’s turf at Dissy Machinery Oval.

The Blues worked hard from then on to be outscored by just five goals.

Josh Taig led Inglewood’s attack on three goals and has a season tally of seven.

The Blues will look for more players to be on target.

Another big match will be at John Forbes Oval where Mitiamo hosts Pyramid Hill.

It’s first against third as the 2019 grand finalists do battle.

Both teams have changed markedly since Mitiamo’s premiership win against the Bulldogs, but Pyramid Hill has at least 10 players from that season decider who will be in action this Saturday.

Midfield star Lee Dale was best on ground and had great support from Matt Wiegard and key defenders Lachlan Woodward and Max Simpson.

Mitiamo will sorely miss Ryan Wellington, 19 goals, because of a hamstring injury.

It’s at the other end of the field where the Superoos defence faces the in-form Braidy Dickens, 31 goals; and Bailey George, 23.

Other key players for the Bulldogs include Micheal Bateman, Brad Ladson, Jake Willcocks and Jacob  Heavyside.

The Bulldogs will be without star onballer Matt Ladson and co-coach Adrian McErvale.

The Eagles are reeling from a hat-trick of defeats.

The Mean Machine showed plenty of determination as it overcame plenty of in-game injuries to win by 20 points at Marong.

In-form players for the Mean Machine include Tom and Zeb Broadbent, Jarrod Fitzpatrick and Jake Rusbridge.

There have been eight changes to Bridgewater’s team.

The Eagles were perched on the second rung after two rounds but are now sixth.

A tough run for the Wayne Mitrovic-coached Maiden Gully YCW in the next three weeks is hit-outs at Bridgewater, Serpentine, and at home to Inglewood.

Natnael McLaren leads the Eagles attack on 11 goals, but will need plenty of support to put the heat on Bridgewater.

The Marong Panthers will aim to bounce back from defeat when they take on Bears Lagoon Serpentine at Discover Marong Park in Malone Park.

Both clubs are locked on three wins apiece, but Marong has superior percentage, 155 to 117.

Midfield duels will be crucial.

Marong coach Linton Jacobs will look to ruckman Daniel Bourke, Nathan Devanny, Corey Gregg and Carl Thiesz to take charge and set up chances for a forward line where Kain Robins, 18 goals, is the key target.

His experience from stints at Rochester and Colbinabbin will be invaluable for the Panthers.

The Greg Gadsden-coached Bears are chasing four wins in a row.

The Bears have brought in Orion Downing and Ryan Prendergast, but will be without Andy Gladman and Joe Stuart.