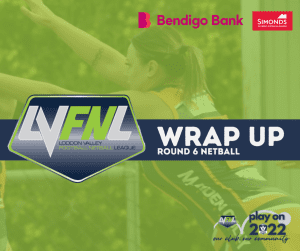 The Eagles and Demons played on the Calivil court.

Eagles’ coach Christie Griffiths and Leisa Barry were among the best in a 58-46 win as Maiden Gully YCW marked a hat-trick of wins.

A great run by Calivil United had included victories against Mitiamo and Bridgewater.

A lengthy run without a win for Newbridge was ended at Gadsden Finance Serpentine Reserve.

The Maroons dominated play against Bears Lagoon Serpentine to win 46-23.

After a rest the previous week because it was drawn to play Inglewood, Mitiamo passed the 60-goal mark in its clash with Pyramid Hill.

The Superoos dominated from the first pass at John Forbes Oval in Mitiamo to win 64-29.

Marong had a rest in A-grade, but the Panthers played Inglewood in the lower grades at Dissy Machinery Oval in Inglewood.

Bridgewater had the bye.