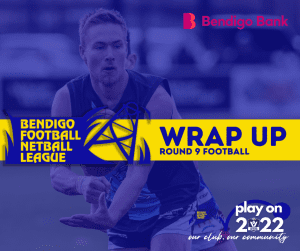 The Bulldogs had 30 scoring shots and kept Storm to a tally of 22, it’s lowest in many seasons, at Fur Life Oval in Wade Street.

Defensive pressure and ferocity at the contest were features of the Bulldogs’ play.

Inaccuracy was about the only blight on the Bulldogs’ game as they scored 10.20 and held Storm to 3.4.

A great sign for Square was not relying on gun forwards Joel Brett and Jayden Burke to dominate as they have done in many matches this season.

A list of 10 goalkickers included Brett, but not Burke.

Storm’s leading goalkicker was the in-form James Schischka on two.

The Bulldogs’ best included Liam Duguid in defence and the talented Ricky Monti.

On a tough afternoon for the Darryl Wilson and Shannon Geary-coached Storm it was Mitchell Hallinan, Thomas Bennett, Lachlan Ratcliffe, Callum McCarty, Ben Lester and Jake Moorhead who were best.

The visitors led 18-7 at quarter-time and then slammed on 6.4 to just two points in the second to lead by 49 points at the long break.

South Bendigo kicked clear of a determined Kangaroo Flat in the final quarter of their clash on the Roos’ ground at Dower Park.

Kaiden Antonowicz was the leading goalkicker on three as Brock Harvey, Will Keck and Jesse Sheahan added two each.

The Kangaroos’ attack was led by Lachy Wilson on two.

Kyneton marked a fifth consecutive victory after the Tigers roared to a 118-43 result on Maryborough’s turf at Princes Park.

The Rick Andrews-coached Maryborough did lift to score 4.1 to 5.1 in the third quarter.

Eaglehawk and Strathfieldsaye clash on the Borough’s turf at Canterbury Park.