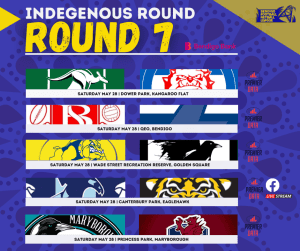 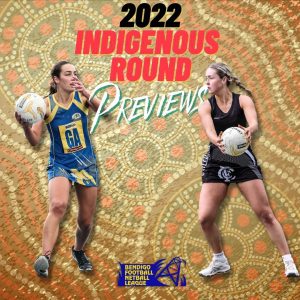 The Roos and Bulldogs have both shown they will be serious contenders for this season’s premiership across the opening six rounds.

Both have a 5-1 record, with their only defeat being at the hands of the powerful Sandhurst line-up.

The Flat finished within a goal of Sandhurst in round four.

Gisborne’s form has improved dramatically after a 33-goal loss to the Dragons in the season’s opening round.

Kangaroo Flat will be aiming to capitalise on home-court advantage at Dower Park against Gisborne.

Latest hit-out for the Jayden Cowling-coached Kangaroos was at Castlemaine’s Camp Reserve where they won 57-41.

Gisborne dominated its sixth-round match against South Bendigo at Gardiner Reserve to score a 55-36 victory.

There is plenty of skill in mid-court and attack for both the Roos and Bulldogs, so defensive pressure will be a key factor in this contest.

Feature match of the round is at Golden Square’s Fur Life Oval in Wade Street.

Golden Square will be up against Castlemaine.

The blue and gold is on the rebound from a 40-54 loss at Kyneton.

Although disappointed not to have won, Golden Square’s tally of 40 goals at Tigerland was a season best.

Previous highest scores for Golden Square had been 33 at Eaglehawk, and 28 at home against Maryborough.

Castlemaine is yet to field its strongest team this season, but is gradually building.

The Magpies should take the points on Square’s court.

Eaglehawk is at home on the Canterbury Park to take on Kyneton.

The Hawks were outpointed by Sandhurst in the Pat Cronin Foundation match played at Queen Elizabeth Oval last Saturday.

Kyneton scored a 14-goal win against Golden Square in the start to the split sixth round and will be determined to keep the  winning run rolling.

The Tigers are just two points behind the fifth-placed Castlemaine.

The Janelle Hobbs-coached South Bendigo won its latest home game against Castlemaine, but will be wary of a Storm line-up which showed plenty of fight in round six to score a 48-45 win against Maryborough at Triple M Park.

Maryborough takes on a red-hot Sandhurst at Princes Park.

The Magpies always lift for home games, but Sandhurst has plenty of scoring power and a defence which applies a lot of pressure in every minute of the game.