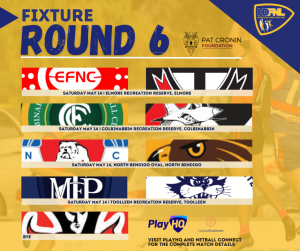 HUNTLY’S place in the top five of the A-grade netball competition is under threat going into Saturday’s sixth round of the Bendigo Bank Heathcote District Football Netball League season.

The Hawks will aim to bounce back from a 17-goal loss to Mount Pleasant when it makes the trek to North Bendigo’s court at Hibo Hotel Oval in Atkins Street.

The team in brown and gold will start favourite to mark win number three, but North Bendigo’s confidence is up after last Saturday’s victory against Leitchville-Gunbower at Leitchville.

After five rounds, Huntly is just four per cent clear of Colbinabbin as both teams are locked on eight premiership points.

The Shellie Davies-coached North Bendigo showed plenty of fight to score a 40-37 win at Leitchville and will strive to keep the pressure on the Hawks in every term.

Heathcote faces a tough task against the unbeaten Elmore on the ladder leader’s court.

The Saints were stung by a 36-38 loss to Colbinabbin in the round five showdown at Heathcote’s Barrack Reserve.

Elmore won a high-standard and high-scoring match at White Hills, 62-55.

Another important match will be at Colbinabbin’s M.J. Morgan Reserve where the Grasshoppers face Leitchville-Gunbower.

A Colbo victory will keep the green and gold in touch with the top five.

The Blues played great netball to beat Huntly, 58-41, and will be wary of a Cats’ line-up which has recorded just the one victory but has marked massive improvement this season.