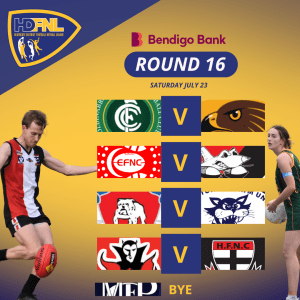 THE fight to hold fifth place on the A-grade netball ladder rages on in this Saturday’s 16th round of the Bendigo Bank Heathcote District Football Netball League season.

Leitchville-Gunbower has climbed to the fifth rung following a great win at home against Colinabbin, but faces a huge task at Elmore this round.

When these clubs met in round seven it was Elmore which won 70-42 at Leitchville.

The Bombers could slip a rung or two just a week after they jumped from eighth place.

A big match will be at Colbinabbin’s M.J. Morgan Reserve where the Grasshoppers face Huntly.

Colbinabbin goes into this match a win and 13 per cent clear of the sixth-placed Huntly.

In round seven, the Grasshoppers won 55-39 at Huntly.

North Bendigo stunned Huntly and will be aiming to do so against Lockington Bamawm United.

The Bulldogs have home-court advantage at Hibo Hotel Oval in Atkins Street.

On the rebound from a 19-goal loss at home to Mount Pleasant, LBU can still make finals, but a loss to the red, white and blue would be costly.

The Cats beat an under-strength North Bendigo by 27 goals in round seven.

White Hills returns to the Scott Street court after a bye to take on Heathcote.

It’s a massive test for the Saints as White Hills won its most recent hit-out at Elmore by nine goals to end the Bloods’ unbeaten run on 23 matches.

The Lauren Bowles-coached Demons are likely to have too much attacking flair for the Saints to stop.

In round seven, White Hills won at Heathcote’s Barrack Reserve by 24 goals. 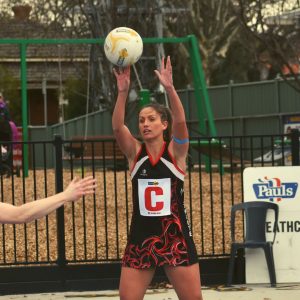