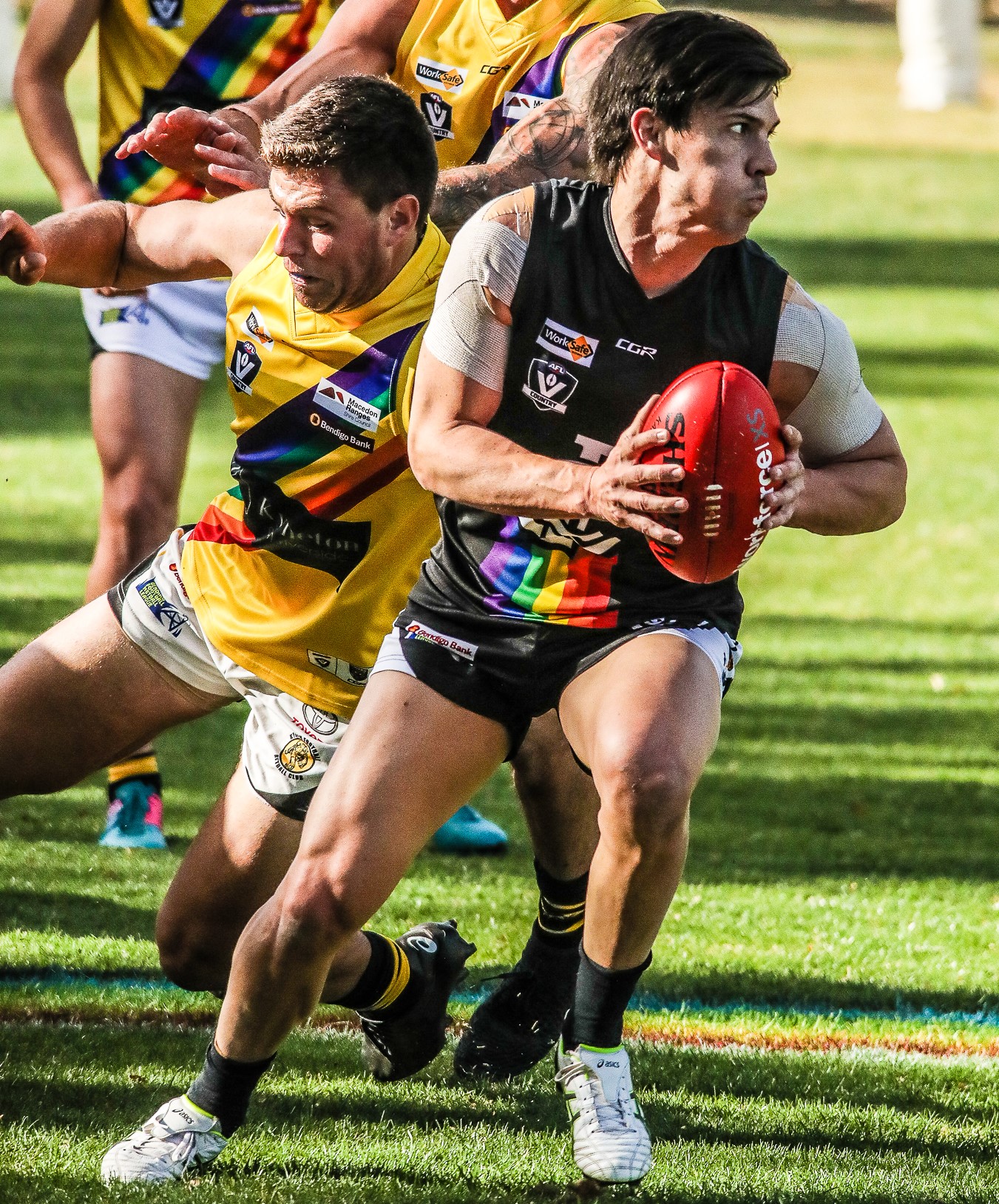 AS NEWLY appointed senior coach at Castlemaine Football Netball Club, Angus Monfries will draw on seasons of experience at AFL level in a bid for the Magpies to be much stronger in 2020 and beyond.

Monfries played 211 matches and kicked 249 goals across a 13-year career in the AFL.

The challenge to coach Castlemaine will be one of the greatest challenges of a playing career that included stints at Essendon and Port Adelaide in the AFL, and with Footscray in the VFL.

The 32-year-old said the task to help the Castlemaine Magpies be a tougher opponent and more competitive was a challenge he was keen to accept.

“The appeal of trying to help the club was why I decided to join Castlemaine last season and want to stay on,” Monfries said.

In his first year with the Magpies, Monfries kicked 29 goals and was runner-up to onballer Matt Filo in the club best and fairest award.

“It was a tough season in terms of being winless, but there were still a lot of positives to take from it.”

Monfries believes the many young players who represented Castlemaine will have gained a lot from the experience.

“It was tough being on the end of some hidings, but the effort was always there.

“As long as you can see that effort and determination to compete, you cannot ask much more of the players,” Monfries said of stepping up to coach at senior level for the first time.

“The number one goal as a coach and as a club is to be a lot more competitive,” Monfries said of another campaign in the Bendigo Bank Bendigo Football Netball League.

A major task for the Magpies will be to retain as many players as possible from this season and also draw several who had left in recent years back to Camp Reserve.

The Magpies have two of the league’s best onballers in Matt Filo and Jake O’Brien and will be determined to keep a lot of the youngsters they have “blooded” in recent years.

“Key targets in recruiting would be strengthen midfield and ruck, and key position able to play at either end of the ground.”

In terms of his own playing role, Monfries could be in attack, onball, or across half-back.

He will have Shawn Filo and Mitchell Hough as assistant coaches.

The club’s senior coach of the past three years, Derrick Filo will stay at Castlemaine in a football operations-type role.

A legend of the Bendigo FNL, Derrick Filo played more than 400 senior games, captained Castlemaine to the senior premiership in 1992, and was a multiple premiership playing coach at Kyneton and Eaglehawk.

Monfries is determined to bring his own style of coaching to Castlemaine, but the words and plans of past mentors such as Kevin Sheedy,  Matthew Knights, James Hird, and Ken Hinkley may be used in the mix at times.

Away from the football field, Monfries is working for Welsh Group in which former Essendon team-mate Andrew Welsh plays a key role.