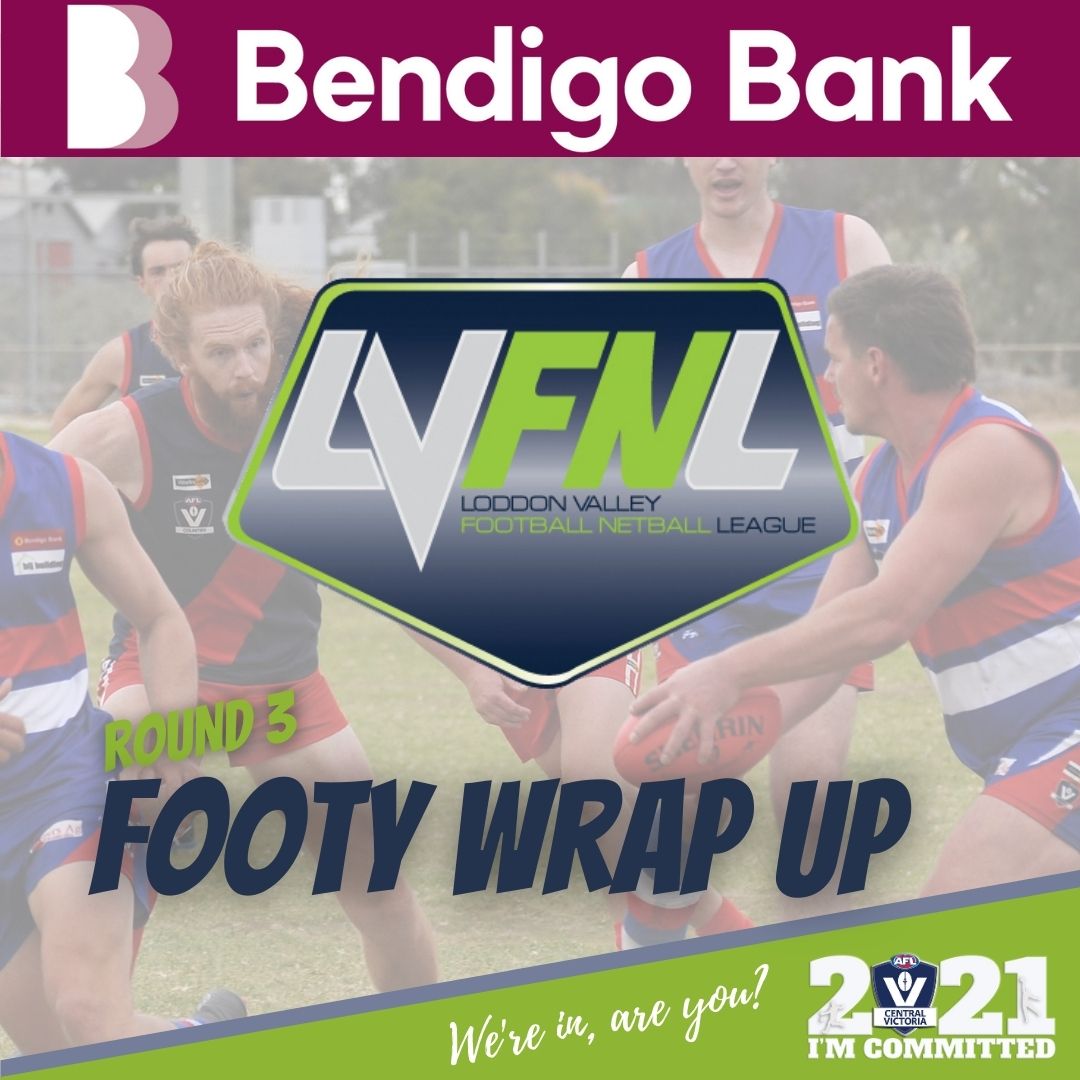 The Panthers led 78-75 when the match was abandoned at just over five minutes to play when a Pyramid Hill player was hurt and needed to be transported to hospital.

Marong faced  a 13-point deficit going into the third quarter, but struck back brilliantly to score 5.3 to 1.6.

The Linton Jacobs-coached Panthers held an eight-point buffer at the start of the final term.

Robins booted three goals for the Panthers as Gregg and Weekley chipped in with two apiece.

Back at a club he previously coached, Corey Gregg was best afield for Marong as Cory Jacobs, Jacob Ede, Nathan Devanny, Jack McCaig and Adrian Pappin all played key roles.

Bears Lagoon Serpentine marked its first victory of the season.

The Bears did not have all it their own way against Inglewood at Serpentine.

Inglewood hit back to win the third quarter, 26-18.

The Blues’ attack was led by Josh Taig on four goals.

Eight goals by Ryan Wellington was a highlight of Mitiamo’s win against Calivil United at 5 Star Stockfeeds Oval in Calivil.

Among the list of Mitiamo’s goalkickers was Luke Lougoon, best known for his dash off half-back, with four goals.

The Demons struck back from a goalless match the previous round to boot three as Tom Dargaville, Jake Lawry and Blake Pickles were on target.

The in-form Martyn booted four goals as Collins did so in his first match for the club this season.

Liam Jacques and Lloyd Needs chipped in with three each.

Match of the day in next Saturday’s fifth round will be at John Forbes Oval in Mitiamo where the Superoos take on Marong.

Inglewood has the bye.