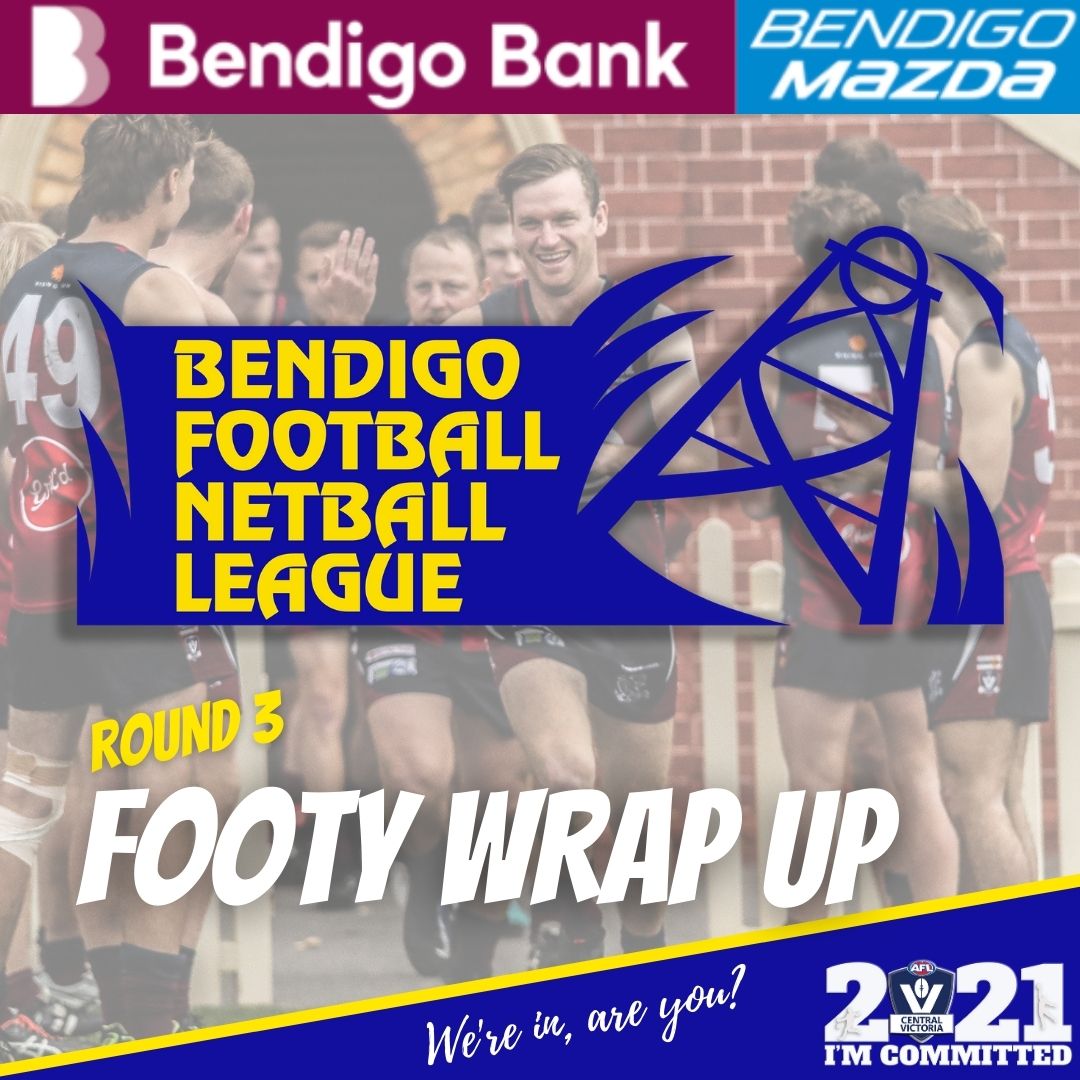 A GREAT start to Sandhurst’s season rolled on in Saturday’s clash with Golden Square in round three of the Bendigo Bank Bendigo Football Netball League’s senior footy action.

There was more than premiership points at stake as the Dragons and Bulldogs fought to get their hands on the Ron Best Memorial Shield.

Best had a major impact on Sandhurst and Golden Square during his playing days.

On Saturday it was the Dragons who were fired up from the first ball-up.

An evenly fought third term was won by Sandhurst by just two points.

The Bulldogs faced a five-goal deficit at the start of the final quarter.

Victorious in a dramatic clash at home against Gisborne the previous round, Golden Square finished this game with plenty of run.

The Bulldogs scored 6.4 in the final term, but two goals was enough for Sandhurst to hold on for a 93-91 victory.

The classy Joel Wharton kicked three goals for the Dragons, a feat matched by Cobi Maxted and Oscar McKinley.

South Bendigo’s fighting spirit was to the fore at Kyneton Showgrounds.

Chasing a hat-trick of wins, South Bendigo led 60-41 at half-time, but the Tigers slammed on 5.2 to 1.3 to gain a four-point lead by the last change.

The Nathan Horbury-coached South Bendigo lifted its pressure and workrate.

Best for the Bloods were Cooper Leon, Herlihy, Keck and Brody Haddow.

A 10-goal haul by Darcy Richards was the talking point of Eaglehawk’s win against Castlemaine at S & R Park in Canterbury Park.

Back in the Borough after premiership success at North Bendigo, Richards dominated the Magpies’ defence.

Castlemaine’s only goal was off the boot of Liam Wilkinson.

Gisborne passed the 150 point mark in its clash with Kangaroo Flat at Gardiner Reserve.

The Bulldogs dominated through midfield and inside the forward 50m arc.

Kangaroo Flat started well to be within 13 points at quarter-time, but Gisborne quickly took control.

On a tough afternoon for the young Flat line-up it was Tom Gillespie, Jake Hywood and Mitch Trewhella who led the way.

Ryan O’Keefe, Kyle Symons and Nathan McHugh were among the best for the Roos.

Strathfieldsaye Storm marked its first win of the season and moved from eighth to sixth on the ladder.

After narrow losses to Sandhurst and Gisborne, Storm surged to a 16-goal win against Maryborough at Triple M Park in Tannery Lane.

The race for the Ron Best Medal for leading goalkicker is still being led by Golden Square’s Jake Thrum on 14.

Next best are Maryborough’s Jayden Templeton and Strathfieldsaye’s Cooper Jones on 11, and Eagleahwk’s Lewin Davis on nine.

Match of round four on Saturday will be South Bendigo against Gisborne at Queen Elizabeth Oval.

Maryborough clashes with Eaglehawk at Barkers Oval in Princes Park.