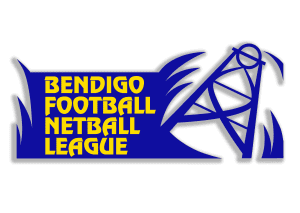 As many as 30,000 young footballers in Bendigo are set to become part of an innovative anti-violence initiative being rolled out in Victoria.

AFL Central Victoria has signed a partnership with Melbourne-based charity, the Pat Cronin Foundation, which will be on hand to help educate players about appropriate responses to anger and aggression – both on and off the playing field.

The partnership was signed this week ahead of the first round of the Bendigo Football Netball League (BFNL) season launch on April 9. The BFNL will headline the partnership between the foundation and AFL Central Victoria, by hosting a Pat Cronin Foundation Themed Round.

BFNL General Manager Cameron Tomlins said the league was keen to be at the forefront of moves to raise awareness of the potential far-reaching impacts of violence and giving young people the tools to avoid it.

“As a responsible sports association, we are committed to ensuring our players understand how to deal with emotions, particularly in the context of the game,” said Mr Tomlins.

“These are also valuable life skills outside of sport, and we are delighted to be joining forces with the Pat Cronin Foundation – whose Be Wise educational programs are widely respected in schools and sports clubs right throughout Victoria and beyond.”

The Foundation was established following the death of 19-year-old Pat Cronin from a Coward Punch attack while on a night out in Melbourne in 2016.

Foundation director Matt Cronin, the father of Pat, said the new partnership was a significant step in promoting awareness of the Foundation in Central Victoria.

“While the Foundation’s specific goal is to end the Coward Punch, we are eager to work with sports clubs as well as schools with specially tailored and fully-funded educational presentations,” said Mr Cronin.

“This initiative with AFL Central Victoria and the BFNL will help us spread our message, which is particularly relevant in the rough and tumble of competitive sport – where emotions are often running high.

“Outside of sport, we know that thousands of people are hospitalised each year in Australia due to violence. There are often many tragic lifelong consequences for the victims, as well as the perpetrators and families.

“By giving young people everywhere an understanding of Pat’s story, raising awareness of the impact of violence and offering practical tips and strategies to deal with anger and aggression, we hope to reduce the statistics.”

As part of the partnership, the BFNL will host a special Pat Cronin round, when Sandhurst FNC takes on Eaglehawk in all senior grades at the Queen Elizabeth Oval on May 21. Players from each team will wear a yellow armband in memory of Pat during the game.

AFL Central Victoria and the BFNL would like acknowledge Barry Plant Bendigo for their support in this partnership. Barry Plant are a major sponsor of AFL Central Victoria, the BFNL and the Pat Cronin Foundation. The three organisations are proud to share this connection and share the same values in stamping out the coward punch.

About the Pat Cronin Foundation

The Pat Cronin Foundation is dedicated to ending the Coward Punch. Through awareness, education, research and tools, it works with schools, clubs and community groups to empower young people to never to use violence, to be wise, think carefully and act kindly.

If your sporting club, organisation or school would like to request a Pat Cronin Foundation Presentation, please contact: