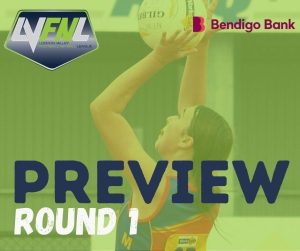 It’s a massive challenge for the Stacee Burns-coached BLS against the powerful Mitiamo line-up.

The Bears have not fielded an A-grade team since 2019, but are determined to have an impact in the top flight.

After stints at Huntly and Maiden Gully YCW, Appleby adds plenty of skill.

Burns will have the team fired up for an eagerly-awaited return to A-grade.

Ladder leader when the 2021 season was called off, Mitiamo has made some significant changes.

A four-time winner of the Helen Ward Medal as the league’s champion player, Laura Hicks takes on coaching for the first time.

The Superoos have brought in Carly Scholes, who previously played for Bridgewater, to the attack.

Another crucial match will be at Bridgewater where the Mean Machine is up against Pyramid Hill.

Recruits for the Aimee Brown-coached Bridgewater include Carly Ladson, a premiership player with Colbinabbin and A-grade player for Golden Square.

Ladson’s versatility will be a huge plus.

The play of assistant coach and goalshooter Claudia Collins, and Caz Wood at wing defence will be a key to Bridgewater’s chances.

The team in red, white and blue was sixth last season and is bolstered by the arrival of Jordann Broad, Megan Gunther and Gemma Scott.

Pyramid Hill is working on new goaling combinations after the departure of last season’s coach and top goalshooter Zoe Kennedy.

Players to watch for Pyramid Hill include Imogen Broad in the centre, Bec McKnight, Meg Layton, and premiership-winner Gemma Scott.

It will be another week before the A-grade team at Calivil United plays for premiership points.

Calivil United takes on Inglewood in the lower grades on Saturday.

The day’s play will be completed under the lights at Marist College Oval when Maiden Gully YCW takes on neighboring Marong.

The Eagles were in second place when the 2021 season ended early.

All of last season’s A-grade team coached by Christie Griffiths is at the club.

A new-look coaching panel for the Eagles is Griffiths and assistant coaches Leisa Barry and Kelly White.

The Marong Panthers were on the verge of a long-awaited A-grade finals appearance last season.

A huge boost for the Bianca Garton-coached Marong is no departures from the 2021 team.