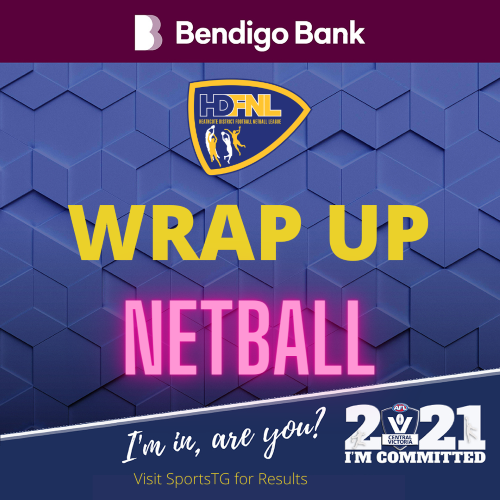 The in-form Elmore passed the 70-goal mark in its home game against Mount Pleasant.

Colbinabbin bounced back from a first-round defeat to score a 54-29 victory on Lockington Bamawm United’s court at Nichol Trading Oval in Lockington.

Huntly was too strong for Heathcote at Specialist Breeders Australia Oval in Huntly’s Strauch Reserve.

North Bendigo capped the trek to Leitchville by scoring a 28-goal win.

The Bulldogs outplayed the Bombers, 48-20 at Degroot Roof Painting Oval in Leitchville.

White Hills had the bye.

In this Saturday’s third round, North Bendigo will be aiming to mark a hat-trick of victories.

The red, white and blue face a daunting task against White Hills at Hibo Hotel Oval in Atkins Street.

Colbinabbin and Huntly clash on the Grasshoppers’ court at M.J. Morgan Reserve.