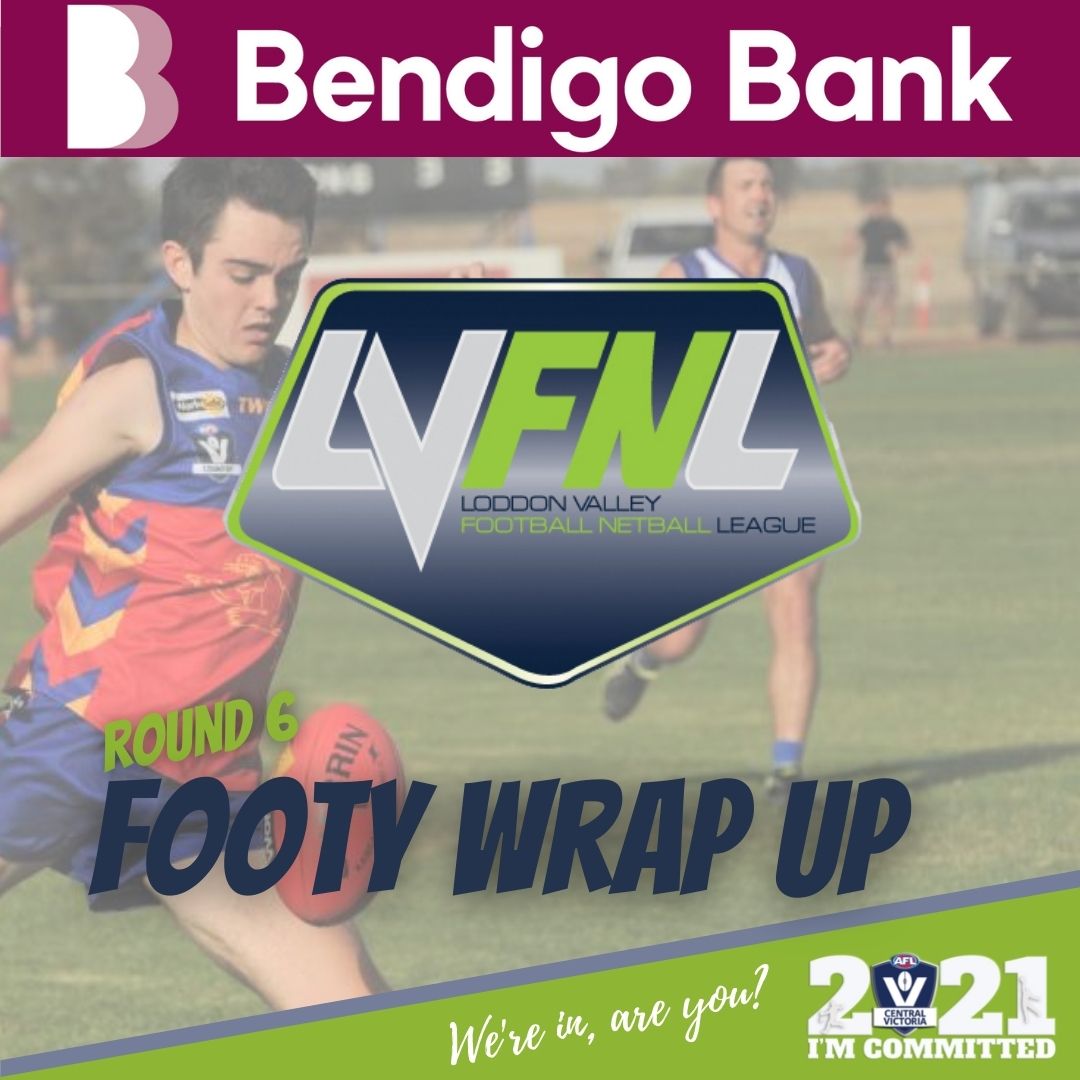 The Panthers and Mean Machine were primed for a top contest at Discover Marong Park and did not disappoint.

A premiership-winning coach with Bridgewater, Andy Collins again showed how vital he is to the club’s fortunes in 2021 as he kicked four goals.

Nic Hall and Harry McKinley chipped in with two each.

Mitiamo was too strong for Maiden Gully YCW Eagles at Marist College Oval.

It was the crucial third quarter in which the Superoos seized control as they scored 4.2 to a goal.

Sole multiple goalkicker for the Eagles was Luke Gray on two.

Best for the Eagles were Travis Mercadante, Tom and Tori Ferguson, Nathan Murley and Steve Turner.

The Maroons charged to a 40-nil by quarter-time.

Inglewood hit back to win the next term, 20-7, but a six-goal haul as it kept the Blues to a point in the third quarter was a telling blow for Newbridge.

Chris Dixon and James Oliver kicked three goals apiece as Logan Dixon and Harry Whittle chipped in with two each for Newbridge.

The Blues’ attack was led by Josh Taig on three.

The Demons led 11-7 at quarter-time, but would rue inaccuracy.

Calivil United struck back to be within 14 points at a quarter to play, but it was BLS which finished strongly to record a 102-61 victory.

The Demons’ attack was led by Ben Baker on three.

Pyramid Hill had the bye.

Match of the day in next Saturday’s seventh round will be Mitiamo against Pyramid Hill at John Forbes Oval in Mitiamo.

The winless run for Calivil United or Inglewood will be ended as the Demons host the Blues at 5 Star Stockfeeds Oval in Calivil.