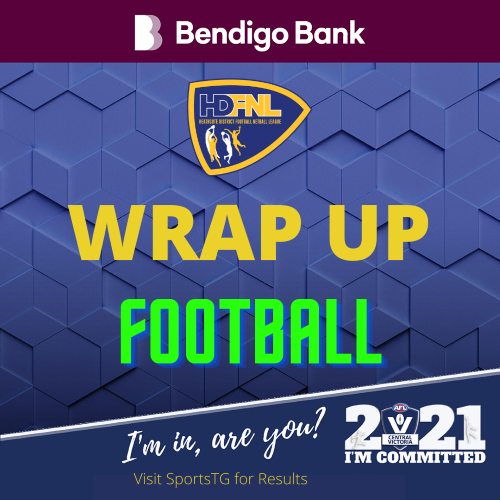 It was a highly-anticipated match between the Cats and the 2019 runner-up on the Cats’ turf at Nichol Trading Oval in Lockington.

Brain, Geordie McMurtrie, Tuohey and Nick Knight worked hard on a tough afternoon for the Grasshoppers.

Jacob Greenwood, aka Cyril, booted three goals for the Hawks as Flynn Campbell and Jaydon Cowling added two each.

Mount Pleasant had to work hard for the points at Elmore.

The battle between Leitchville Gunbower and North Bendigo at Degroot Roof Painting Oval in Leitchville was a lot closer than many fans expected.

Leitchville Gunbower’s pressure and teamwork lifted markedly in the second as it scored 3.2 to 1.2 to be within a goal at half-time.

James Bennett, Storm Giri and Shane Harris all kicked three goals for the Bulldogs as Billy Hawken and Ayden Walton booted four apiece for the Bombers.

Best for the Bombers were Hawken, Nathan McLellan, Will Brereton, Walton, Austin Windridge and Lee Pollock.

White Hills had the bye.

Highlight of this Saturday’s third round will be North Bendigo against White Hills at Hibo Hotel Oval in North Bendigo.

The Demons will be desperate to break the Bulldogs’ long-running winning streak on the Atkins Street turf.

It’s the Saints against the Bombers as Heathcote hosts Leitchville Gunbower at Pigeon Park in Barrack Reserve.