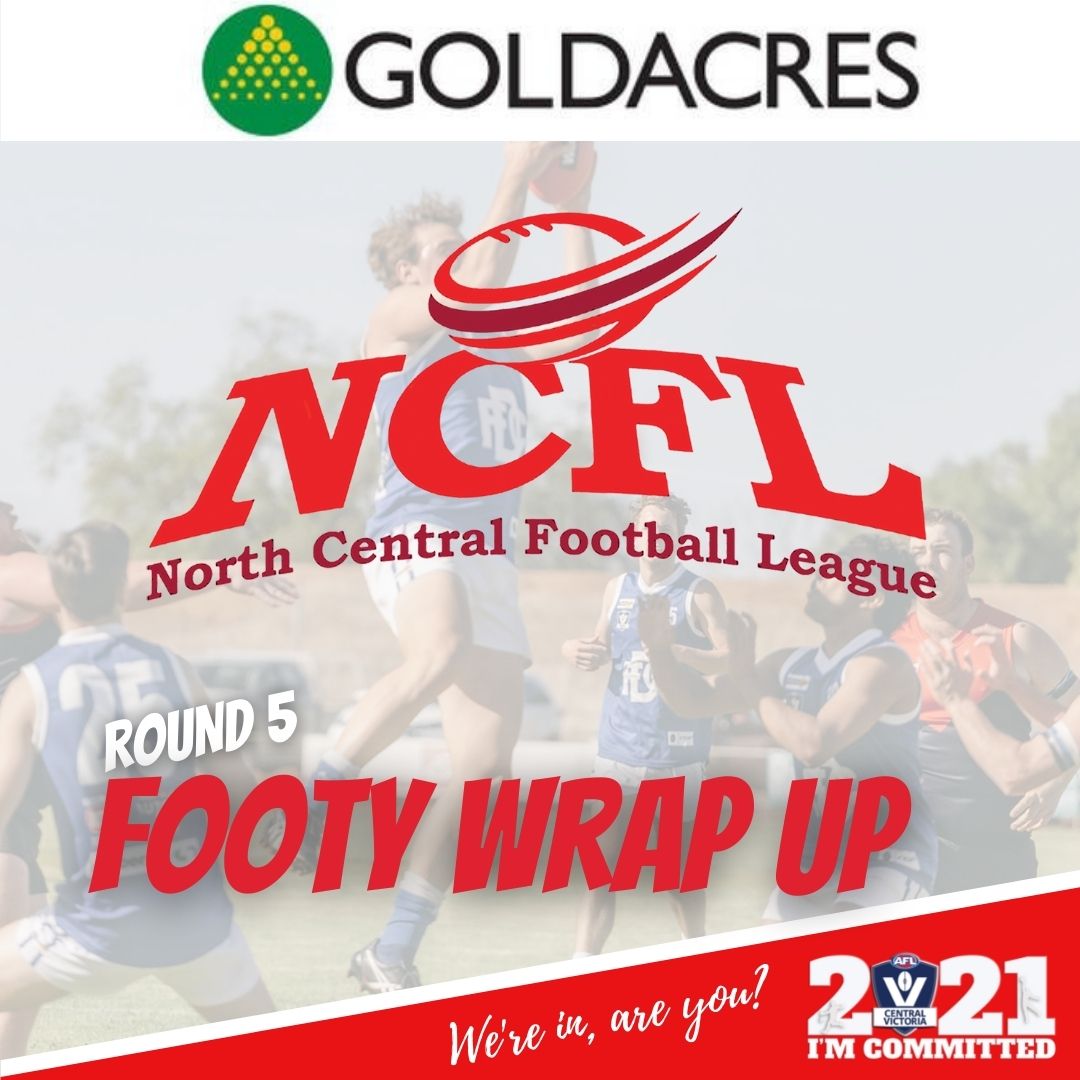 CHARLTON marked a five-goal turnaround from half-time to beat Boort in Saturday’s fifth round of the Goldacres North Central Football League.

The Navies were down 26-37 at half-time of the clash with the Magpies at Charlton Park.

In the third it was Charlton which slammed on the goals.

Led by the play of Rhys Thompson and Angus McKenzie, Charlton scored 5.2 to 1.3 in the third term to hold a two-goal break going into the final quarter.

Chasing back-to-back wins against a team eyeing a third consecutive victory, Charlton won the last term by seven points and the contest, 79-60.

Thompson kicked five goals in a best on ground performance as Joseph McGrath added three and Anthony Judd chipped in with two.

Boort’s attack was led by Cody Gunn on four and James Falconer on two.

The unbeaten run for Wedderburn rolled on as the Redbacks scored a nine-goal victory against Wycheproof Narraport at Donaldson Park.

Neither team was on target in the first quarter as the Redbacks scored six behinds and the Demons booted three.

Wedderburn surged clear in the second through goals by Isaac Holt, Will Holt, Corey Lowry and Damon Boag to lead 32-7 by half-time.

The Demons lifted to score three goals in the third term, but the Redbacks added four.

Another five goals in the last capped a 90-36 in by Wedderburn.

The Birchip Watchem Bulls bounced back from consecutive defeats to score a 69-43 win against Donald at George Cartwright Oval in Birchip.

The Bulls led 19-3 at quarter-time, but the Royal Blues fought back as Brendan Goss, Charlie Campbell and Seamus Young all goal in the second.

Lachlan Ryan was the sole goalkicker for Birchip Watchem as it led 28-25 at half-time.

The Bulls were first to goal in the third through Daniel Castellano before a Goss goal put the Royals within a point.

Sam Simmons was on target for Birchip Watchem and Castellano added his second to lead 47-33.

The Bulls kicked clear in the final term as Will Sheahan, Castellano and Lachlan Foott booted goals and Donald added just three points.

Donald’s attack was led by Goss on two.

There were 10 goalkickers for Sea Lake Nandaly Tigers in a 163-17 victory on St Arnaud’s turf at Lord Nelson Park.

The Tigers were full of run in the last as they added eight goals and kept the Saints scoreless.

Highlight of next Saturday’s sixth round will be first against second as Sea Lake Nandaly Tigers tackle Wedderburn at Sea Lake.