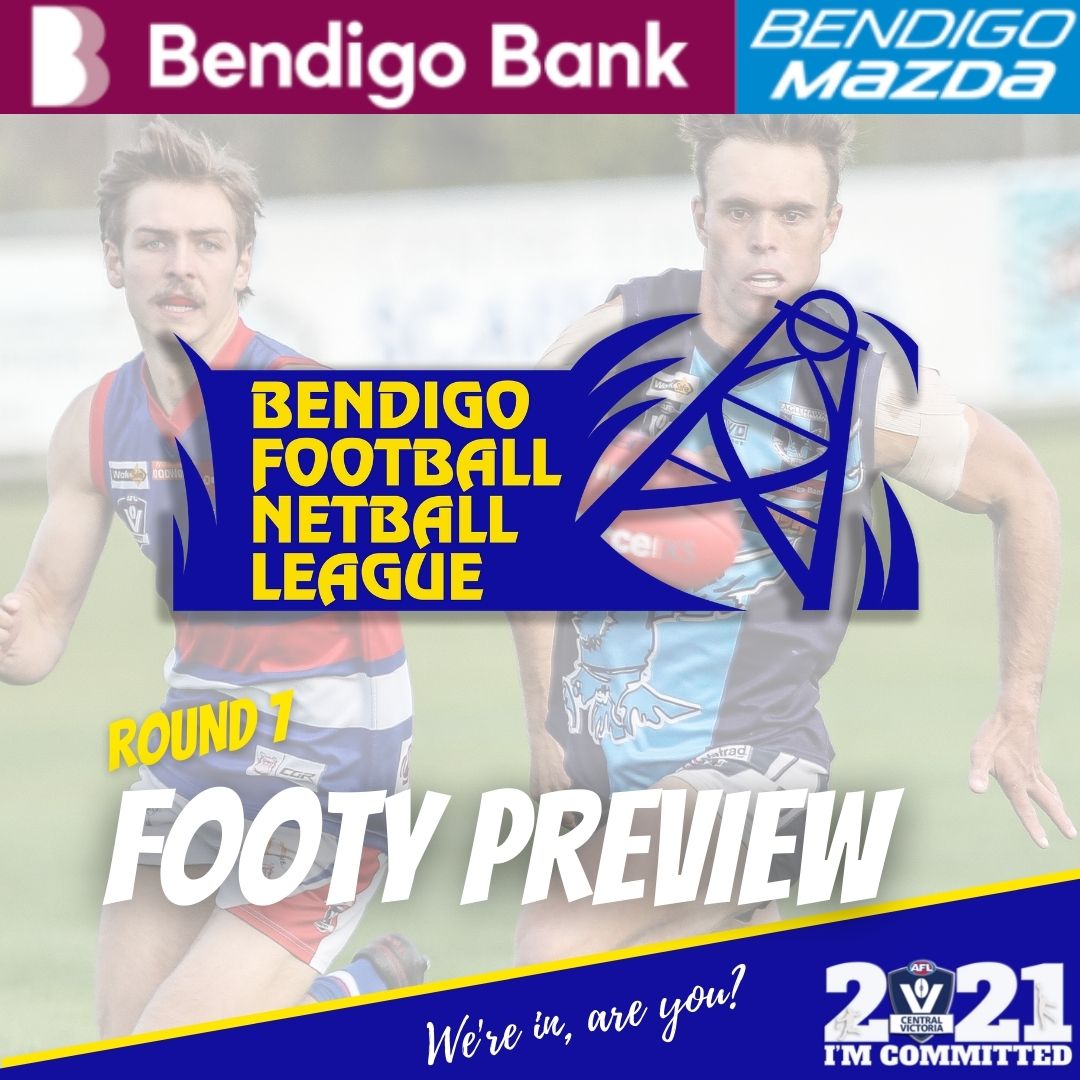 THERE will be crucial contests at Queen Elizabeth Oval and Golden Square when the Bendigo Bank Bendigo Football Netball League’s senior footy action reboots this Saturday.

After a two-week break because of lockdown, clubs will contest the seventh round under a re-jigged fixture.

It was to be round nine, but changes were again made as the restriction of Melbourne-based players to regional centres affected some clubs greater than others.

As such Gisborne and Kyneton will now clash on the Bulldogs’ ground at Gardiner Reserve.

Sandhurst’s unbeaten streak will be challenged by Eaglehawk as first tackles second at the QEO.

There have been plenty of contributors for the Ashley Connick-coached Dragons in a six-game winning run.

A massive inclusion for Sandhurst is gun midfielder Lachlan Tardrew who has played in the VFL with Collingwood.

A regular for the Magpies in recent years, Tardrew earned the Neville Strauch Memorial Award as club champion with the Bendigo Pioneers.

Out of the team are Isaac Carracher, Jayden Jones, Cobi Maxted, Brodie Montague and Layton Ross.

At ground level, Mitch Rovers, Lachlan Zimmer and co-captain Nick Stagg will have an impact.

A key to the Dragons’ play is from centre bounces and ball-ups where gun ruckman Chris Down is in hot form.

A strength of the Travis Matheson-coached Eaglehawk is the ability of onballers and midfielders such as Billy Evans, Sam Harper, Noah Wheeler and Gedd Hommelhoff to kick goals.

The versatile Darcy Richards is the Hawks’ leading goalkicker on 20.

Eaglehawk goes into this match without Michelsen medallist Brodie Filo.

The inclusion of Jordan Baldwin is the one change to a Borough line-up determined to hit back from a four-point loss on home turf to Gisborne.

The play of Oscar Madden, Riley McIvor, Jarrod Findlay and Sam Thompson to stop Sandhurst’s attacks and rebound from defence will be a key to Eaglehawk’s chances.

Having fought its way to the fifth rung on the ladder, Golden Square takes on the sixth-placed Bloods.

It’s a massive test for a Bulldogs’ line-up which regains captain Jack Geary and Brodie James for this match.

Golden Square will be without clever small forward Jake Thrum who leads the attack on 19 goals.

There are plenty of goalkicking options in both teams.

The play of Golden Square ruckman Matt Compston and onballers Terry Reeves, Hamish Morcom and Ryan Hartley will be a key.

After a 4-0 start to the season, South Bendigo is now 4-2 and sixth on the ladder.

South Bendigo’s depth will be tested as Melbourne-based stars Sunny Brazier, Cooper Leon, Oli  Simpson and Oscar White are not permitted to play because of COVID restrictions.

The Bloods are also without clever forward Will Keck and ruckman Will Allen.

It will be a big day for the Harvey brothers, Brock and Regan as they take on their former club.

Other players to watch in South’s attack include Brock Harvey, Michael Herlihy and coach Nathan Horbury.

A key for the Bloods is the rebound from a defence led by Zac Hare, Daniel Nalder, Tom Brereton and Andrew Vanheumen.

Gisborne meets Kyneton in the clash of the Calder rivals at Gardiner Reserve.

The Bulldogs marked their best victory of 2021 when they  fought from 27-points down at the start of the last quarter to win 67-63 on Eaglehawk’s turf at S & R Park in Canterbury Park.

There are likely to be plenty of changes for both teams.

Midfield and on-ball duels will be vital in determining the result.

It’s a massive test for the Paul Chapman-coached Kyneton which has had plenty of injury concerns all season.

A key inclusion for Storm is premiership-winning captain Kallen Geary and talented key forward Bailey Henderson who has played VFL with Richmond.

Also in for Storm are Zach Charles, Lachlan Monti and Jordan Wilson.

Other players to watch for Strathfieldsaye include Jack Neylon, Hunter Lawrence and Callum McCarty.

Playing at Triple M Park is a daunting task for any team.

The Don Moran-coached Magpies worked extremely hard to be within five goals of Kyneton in the fourth round at Camp Reserve.

Should the Maine replicate the intensity of that match and they may be able to halt a run of goals.

Both teams have battled to maintain the pressure for long enough in most games.

Limit the skill errors and capitalise on scoring chances will be the message from Maryborough coach Justin Abrams and Kangaroo Flat’s James Flaherty.

Maryborough beat Castlemaine at Barkers Oval by 113 points in round two, were goalless in the second half of a 113 points loss to Eaglehawk in round four, and finished within 25 points of Golden Square a week later.

Mitch Kennedy, Ash Robertson and Ty Stewart are in for the Magpies as Lachlan Butler, Ash  Humphrey and Fraser  Russell are out.

There were six changes to Kangaroo Flat’s line-up.

Kangaroos’ youngsters Hakeem and Max Johnson impressed in the most recent hit-out, while Mitch Trewhella, Josh Leersen and Nathan McHugh have played well all season.

The Roos will again look to big games from captain Nick Lang in the ruck or attack, Kevin Clark, Kyle Symons, Jake Hywood and Ben Xiriha.

Schedule for round eight on June 19: