Demons fire up to face Bulldogs at White Hills 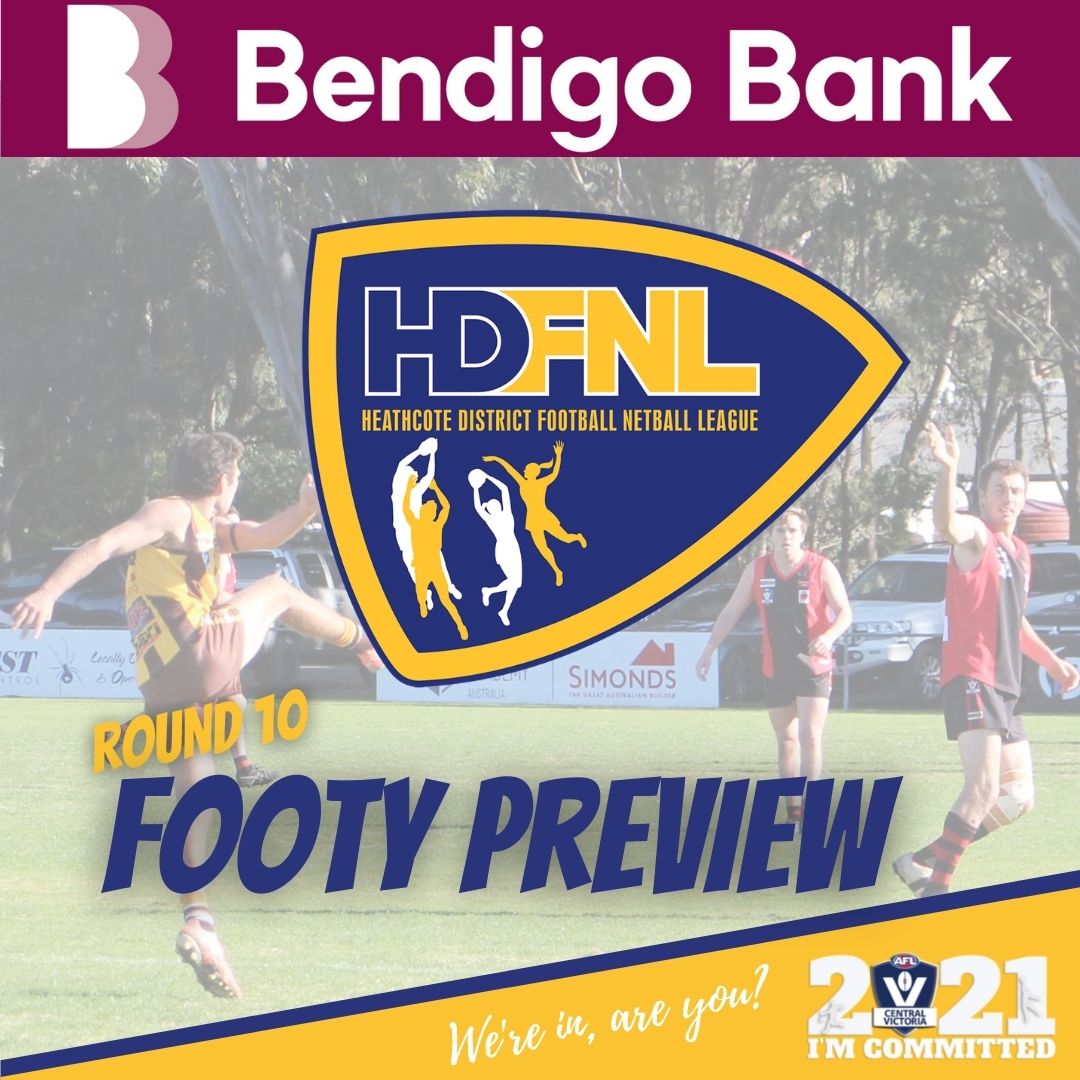 WHITE Hills will be fired up to confront a desperate North Bendigo line-up in this Saturday’s 10th round of senior footy action in the Bendigo Bank Heathcote District Football Netball League.

The Demons and Bulldogs clash at Tint A Car Oval in Scott Street, White Hills.

When these clubs met in round three, White Hills beat the Bulldogs by 57 points and ended North Bendigo’s lengthy winning streak at Hibo Hotel Oval in Atkins Street.

In the past two rounds, White Hills was thrashed at home by Lockington Bamawm United and then fought to score a one-goal win at Huntly last Saturday.

The Bulldogs worked hard to be within eight points of LBU in the final quarter of last Saturday’s clash before the Cats ran away to win by 45 points at Lockington.

It’s likely to be finals-type pressure as the second-placed Demons take on a team fighting to reclaim third place and the double chance in the finals series.

The Demons have also been bolstered by the inclusion of Brent Guerra, a dual premiership player with Hawthorn.

Guerra’s experience and tough approach to every contest is a massive plus for White Hills.

Sustained pressure, numbers at the contest and finding forwards in space will be keys to North Bendigo’s chances.

The Bulldogs have the marking power of Shane Harris, 20 goals, and Dylan Klemm, 15, in attack.

Classy onballer Harry O’Meara kicked three goals against the Demons last time and is one of the Bulldogs most valuable players.

Bulldogs’ coach Matt Dillon will look for big games from the likes of Ryan Gow in the ruck, Koe Ngawati, Brayden Oates on a wing and Daniel Reid and Brodie Thomson in defence.

Storm Giri returns to the line-up for Jordan Ngawati.

In round three, LBU won on the Blues’ turf in Toolleen by 47 points.

The Cats led by 50 points at half-time.

Mounts has improved since then, but beating LBU on its ground is a massive challenge.

The Cats have brought in Trent Bacon, Anthony McMahon, James McPhee and Jeremy Mundie, but will be without Stan  Brentnall, Lachlan Collins, Ben McPhee and Sam Wolfe.

Blues’ gun onballer and assistant coach Adam Baird did not play against LBU in round three.

A Michelsen medallist and multiple premiership player with Golden Square, Baird is capable of setting up many of Mounts’ attacks.

The play of Travis Baird, Daniel Davie, Brayden Dorrington, Billy Mahony, Jesse Tuohey and Zebb Murrell will be vital to the the Darren Walsh-coached Blues’ bid for an upset victory.

Mounts regains the in-form Liam Collins, but key defender Dale Young is out.

It’s a danger game for Colbo as the Hawks almost upset White Hills last round.

The third round clash at M.J. Morgan Reserve in Colbinabbin ended in a 102-37 victory for the Grasshoppers as Todd Clarke, four goals, and Ryan Hon, three, led the way.

The Stacy Fiske-coached Huntly will be determined to show last week’s form is no fluke.

Luke Jones, Jake Maher and Josh Harris were the Hawks best against the Demons.

There have been plenty of changes at the Hawks as Mitch Billings, Jack Burns, Max Edwards, Blayne Ryan-Storey and Taylor Smart are in for Flynn Campbell, Alex Daniels, Matt Jeffries, Steven Kairn and Jake Semmel.

Talented teenager Flynn Campbell has kicked 14 goals in four games, but will not play this match.

The Julian Bull-coached Colbinabbin has a chance to gain a one-game break on North Bendigo.

The height and marking strength of Hadleigh and Lochlan Sirett will test Huntly all match.

Other players to watch in the green and gold include Lachlan Ezard, Laine and Logan Fitzgerald, Nick Knight and Ben Southam.

The Bombers will be doing all they can to break their season duck and should be refreshed by the bye.

Tom Brereton, Lincoln Sieben, Zeb Ellwood and Ayden Walton were best in the team’s most recent hit-out against Huntly at Leitchville.

The Bombers’ attack is led by Billy Hawken and Ayden Walton on five apiece.

Other key players for the red and black include Matt and Nathan McLellan, Bailey Taylor, Lee Pollock in the ruck, and Josh Hawken in the centre.

Heathcote’s only win so far was an 89-point triumph against Leitchville Gunbower at Pigeon Park in Heathcote’s Barrack Reserve in round three.

On that occasion Kai Cavallaro kicked five goals for the Saints to be among the best with Codie and Billy Price and Joseph Langford.

Players to watch for Heathcote include Jake Condon, Will Long, Matt Mikic and Louis Piccolo.

Heathcote is likely to hold an edge in goalscoring options.

The Saints have added Lachlan Freeman-Taber and Rylie Merkel to the squad, but Darcy McLean and Billy Price are out.