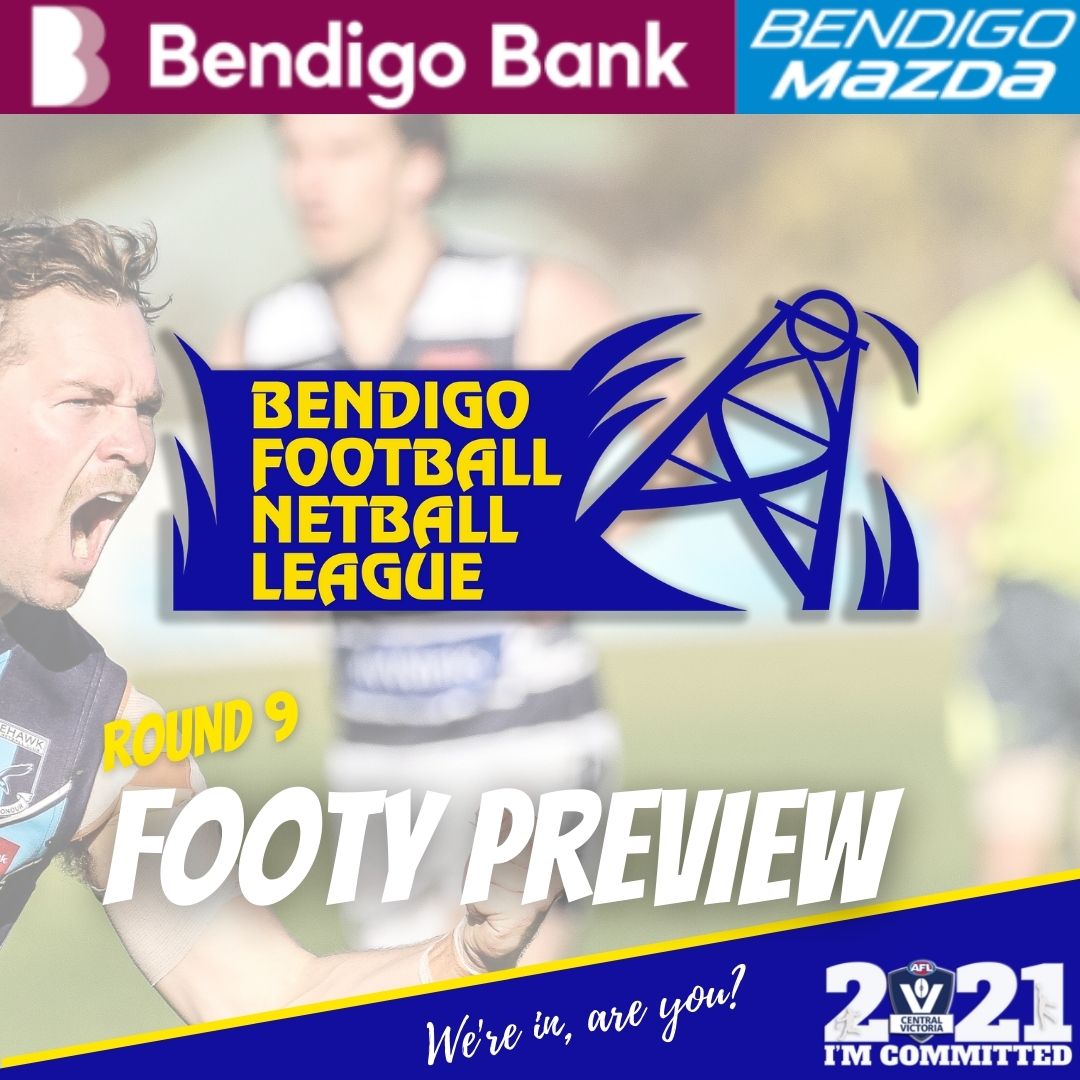 GISBORNE will aim to break Sandhurst’s unbeaten streak in this Saturday’s ninth round of senior footy in the Bendigo Bank Bendigo Football Netball League season.

It’s a huge task for the Rob Waters-coached Gisborne as it makes the trek to the Dragons’ den at Queen Elizabeth Oval.

A formidable Bulldogs’ attack is led by the marking power of captain Patrick McKenna, 35 goals in six matches; and Jack Scanlon, 19.

For many years it was Mark O’Farrell who played a key role as the Dragons full back.

These days it’s Sean O’Farrell who is starring in Sandhurst’s defence, along with Lachlan Ross, Noah Walsh and Liam Ireland.

The Dragons’ attack is led by Joel Wharton, 22 goals; Matt Thornton and Oscar McKinley on 16 each.

The Dragons have brought in Isaac Carracher and Callum Prest for Jake McLean and Collingwood VFL midfielder Lachlan Tardrew.

The Gisborne defence held Maryborough to just two goals last round, but can expect a lot more work in this match.

Key players in the Bulldogs’ back six include Jack Reaper, Jarrad Lynch and Frank Schipano.

Centre clearances and stoppages are so crucial on the big ground.

Sandhurst ruckman Chris Down is in superb form and regularly wins tap-outs to the likes of Lee and James Coghlan, Blair Holmes, Nick Stagg, Brodie Montague or James Mittell.

The Bulldogs will look to Anthony Belcher to compete well in the ruck and have support from Brad Bernacki, Trent Crosbie, Jake O’Brien, Sam Graham, Macklan Lord and Michelsen medallist Scott Walsh.

The Bulldogs have won their past two matches on home soil at Gardiner Reserve.

Another huge clash will be at nearby Fur Life Vet Oval in Golden Square’s Wade Street.

It’s a massive game for Golden Square and Eaglehawk.

The Bulldogs have brought in Alex Jenkyn and Zavier Murley for Jack Sampson and Paul Symons.

Only change at Eaglehawk was the return of versatile big man Clayton Holmes for Damian Wust.

A key for the Christian Carter-coached Bulldogs is the form of Joel Brett, 29 goals in six matches, and Jayden Burke, 26.

A tight-knit defence is led by Will Lee, Jon Coe, Zack Shelton and Liam Barrett.

The Hawks will be desperate to take the points and keep the heat on the fifth-placed South Bendigo.

The defensive spoils of Oscar Madden and Brenton Conforti and the run from Joel Mullen, Riley McIvor and Sam Thompson is important to the Borough’s hopes.

The Roos will be confident of chalking up win number two, but the Pies will rate this game as being one of the best chances to end a long-running winless streak.

The James Flaherty-coached Kangaroo Flat has added T Gillespie and P Murphy to the team beaten by South Bendigo on the QEO last round.

The Kangaroos hold an edge in terms of goalscoring.

Leading goalkickers for the Flat are Kevin Clark, Brodie Fry and Lachlan Wilson on eight apiece.

Castlemaine’s attack is led by Klai Jermyn on nine.

Clearances from the centre will be vital in the wet conditions and on the small ground.

Other key players for the Roos include Max Johnson, Nathan McHugh, Josh Leersen and Dane Spear.

Just where Castlemaine coach Don Moran decides to play the versatile Liam Wilkinson will be a key factor for the Magpies.

Whether it be centre half-back, centre half-forward or onball, Wilkinson has starred for Castlemaine in every game.

His marking or ability to split packs open would be vital across the half-forward line.

The Pies will also look to Klai Jermyn, Sam Nettleton and Dakota Slingo to capitalise on scoring chances and lock the ball in the forward 50m arc for longer.

Other players to watch for Castlemaine are Will Moran in the centre, Jackson Hood and Riley Pedretti across half-back, John Watson, Callum McConachy and Brodie and Jackson Byrne.

The one change for the black and white was Ryan Woodlock in for Zane Doherty.

The Justin Abrams-coached Maryborough will be without several stars, including talented forward Jayden Templeton.

The Magpies have named Ty Stewart and Cameron Rinaldi as the key targets in attack.

At the other end of the ground, South Bendigo has Kaiden Antonowicz, 28 goals, in great form and well supported by the likes of Michael Herlihy, Brock Harvey and Alex Smith-Ralph.

A great challenge for Maryborough is in midfield where Humphrey, Hooper and Robertson take on Bloods’ recruits Oli Simpson, Cooper Leon and Oscar White.

Bailey Edwards has had another outstanding season for the Magpies, while Brady Neill, Kya Lanfranchi and Jake Postle take on big roles every game.

The Bloods’ defence has Zac Hare, Joel Swatton and Braydan Torpey who link well with their pace and skill.

The Nathan Horbury-coached South Bendigo is a win clear of Eaglehawk and could make it two, provided the Bloods win and the Hawks are beaten this round.

Strathfieldsaye Storm marks another achievement with a night game against Kyneton under the Triple M Park lights in Tannery Lane from 6pm.

A red-hot Storm is eyeing a seventh consecutive victory.

Strathfieldsaye dominated the final term of last Saturday’s game at Eaglehawk and is back on a ground where it’s rarely beaten.

After being held to a goal last week, Lachlan Sharp will be eyeing at least four in this game to reach the 50 mark.

Young guns such as Tim Hosking in the ruck, Callum McCarty, Hunter Lawrence and Caleb Sheahan have played key roles in Storm’s success.

The Paul Chapman-coached Kyneton worked extremely hard in a 100-54 result against a red-hot Sandhurst at Kyneton last round.

The Tigers have added Andrew Beckerley and Sam Foreman to their squad, but Max McLeish and Angus Nolte are out.

Night conditions are likely to result in a lot more pack contests and play at ground level.

Kyneton has the likes of Rhys Magin, Cameron Wallace, James and Ned O’Sullivan capable of winning their fair share of possessions in and around the packs.

Guy Dickson, Harrison Huntley and Jordan Mangan will play key roles in taking marks or forcing the ball to the ground.