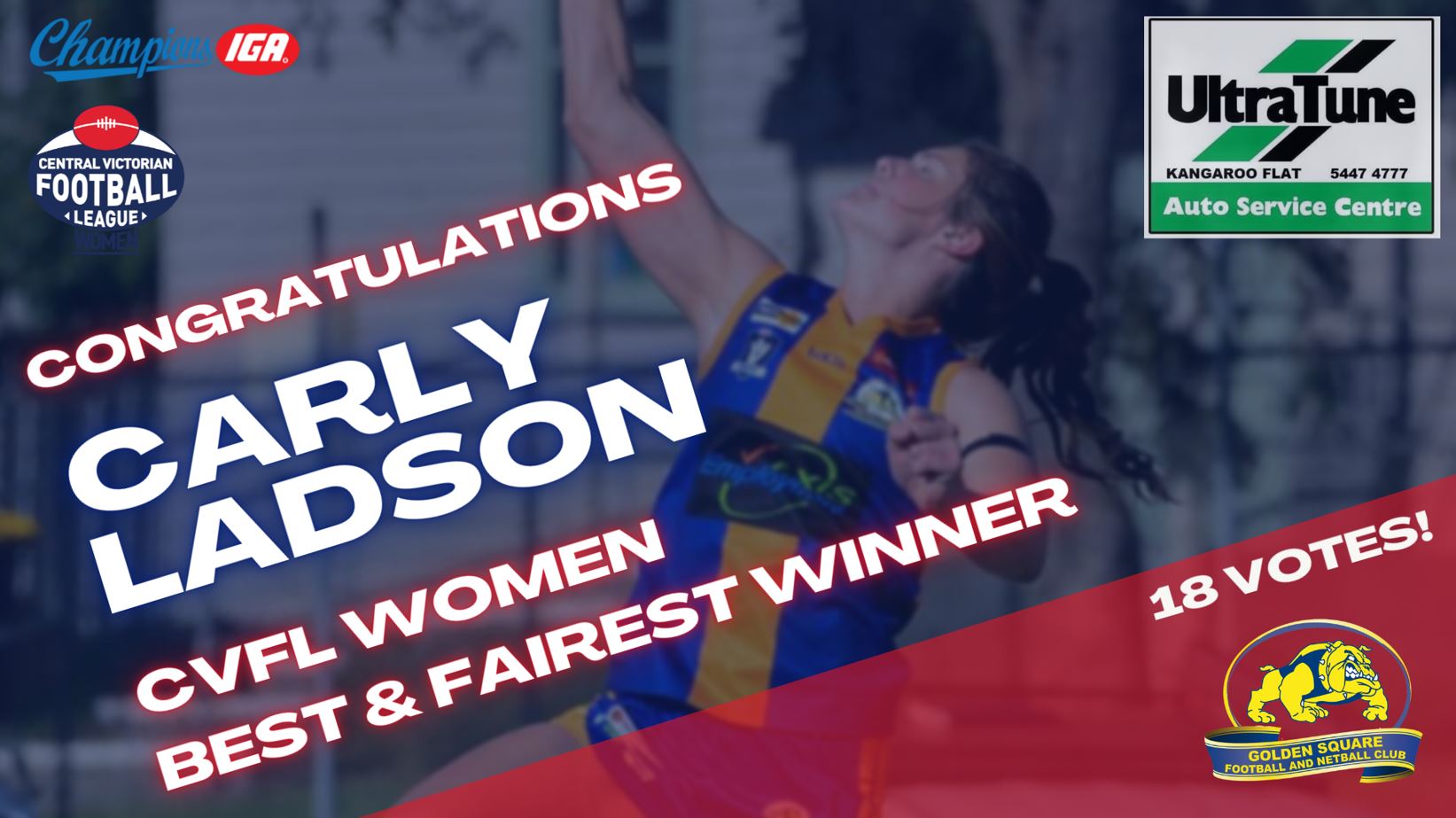 GOLDEN Square coach Carly Ladson has marked another superb season by being best and fairest in the Champions IGA-backed Central Victoria Football League’s women’s competition for 2021.

The league’s awards presentation was held via the AFL Central Victoria page on Facebook.

It was another brilliant run by Ladson and her Golden Square team-mates as they won all 12 matches in a season affected by Covid lockdowns.

It was a closely-fought contest for the league’s top honour which was sponsored by Ultra Tune.

A newcomer to the league, Kerang had Sophie Peacock star in many matches, especially the four wins the Blues achieved.

Peacock polled 12 votes to be fourth in the league award.

It was a tie between Eaglehawk’s Lily den Houting and Bendigo Thunder’s Hannah Perry as they scored 11 votes to be fifth.

Next best was Thunder’s Megan Williamson with nine votes.

It was an awards double for Golden Square as Tiahna Cochrane earned the Champions IGA goalkicking title on 40 goals in 11 matches.

Next in the award race was Bendigo Thunder’s Britney Mueck on 38 from 10 matches.

A brilliant playing career by Rick Ladson with Hawthorn in the AFL included 125 matches across 10 seasons and the 2008 grand final win against Geelong.

After his playing days with the Hawks, Rick Ladson returned to Golden Square and was playing coach in 2013 as the Bulldogs marked a fifth consecutive victory for the Bendigo Advertiser premiership cup in the Bendigo FNL.

In the CVFLW action, Golden Square is on a winning streak of 29 matches.

The blue and gold won all 15 matches in the 2019 home and away series and then beat Kangaroo Flat in the second semi-final and grand final.

All eight clubs were represented in the 2021 High Street X-Ray Team of the Year.

There were three players selected from Kangaroo Flat and Kyneton, two from Strathfieldsaye Storm, and one each from Kerang and North Bendigo.

All players have been sent a letter of congratulations.

Award winners can collect the trophies from AFL Central Victoria Office from 10am on Monday and a photo of the award winner will be taken.

The CVFL thanks Champions IGA, Ultra Tune Kangaroo Flat, High Street X-Ray and The Bendigo Club for their support of the 2021 season.

Final standings in the Champions IGA-backed CVFLW footy competition for 2021: