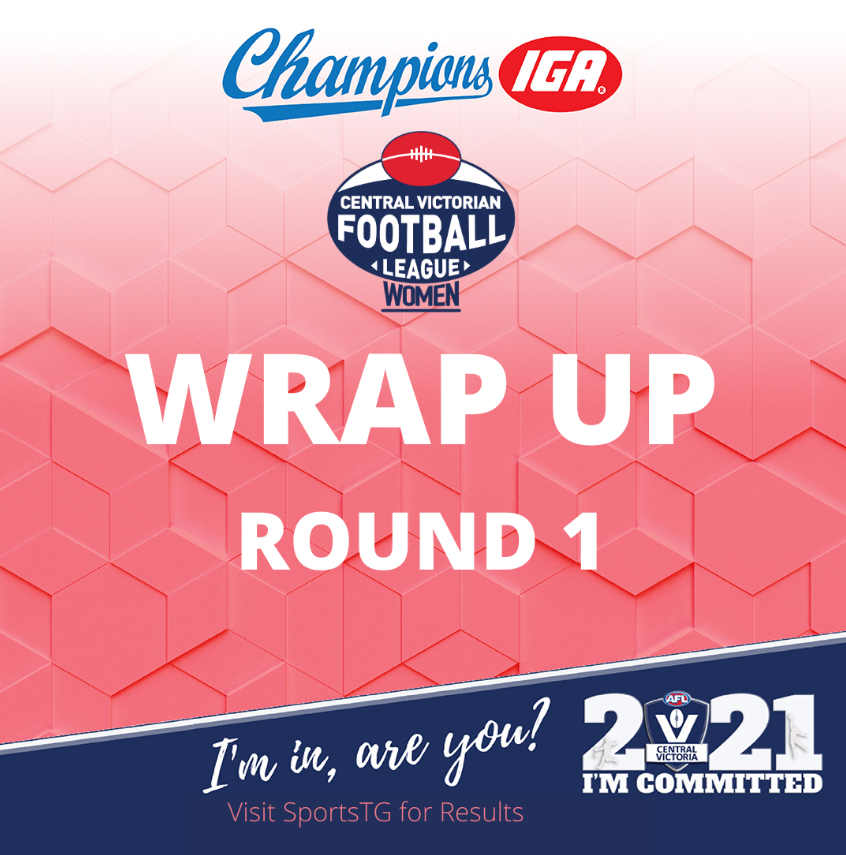 The Hawks took on Kangaroo Flat under lights at Canterbury Park.

Eaglehawk led 21-12 at half-time and then kicked away to lead by 22 points at a quarter to go.

In Sunday’s play, Kyneton was ruthless against North Bendigo at Hibo Hotel Oval in Atkins Street.

Strathfieldsaye was too strong for league newcomer, Kerang at Triple M Park in Tannery Lane.

Tameeka Morrissey was in hot form as she kicked six goals.

Honours for Kerang’s first goal in the AFLCVW went to Toni Kelly.

The blue and gold took on Bendigo Thunder at Fur Life Vet Oval in Wade Street.

Golden Square raced to a 23-nil lead by quarter-time.

Thunder struck back to score two goals in the second term, but it was the Bulldogs who led 30-14 at the long break.

Led by the play of Bree Heiden, Tiahna Cochrane, Amanda Carrod and Madeleine White it was Golden Square which kicked away in a 47-23 result.

Goals and best for Bendigo Thunder were not supplied.

Round two will be played this Sunday from 2.30pm.

Kyneton and Strathfieldsaye will aim for consecutive victories when they clash at Kyneton Showgrounds.