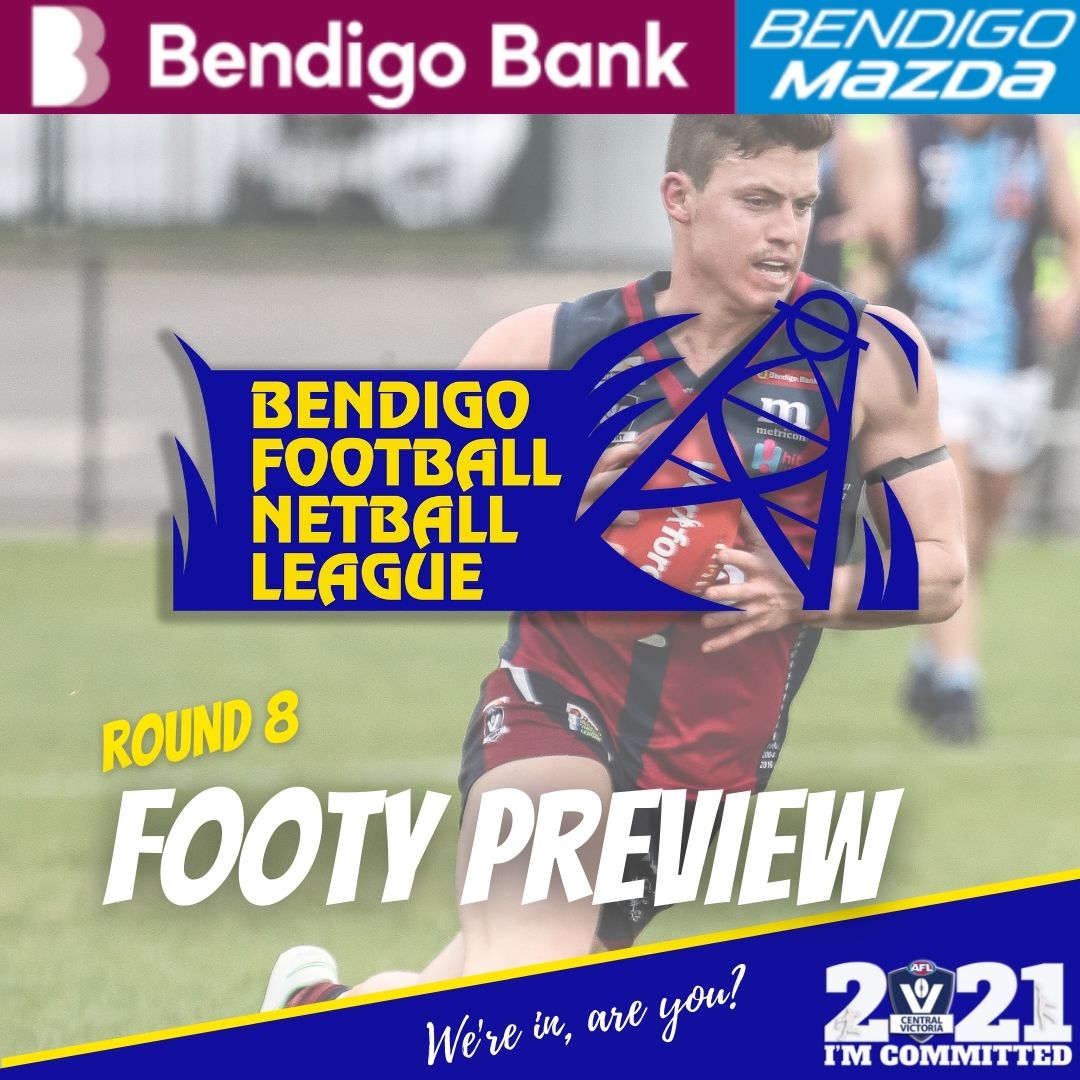 EAGLEHAWK tackles the in-form Strathfieldsaye Storm in this Saturday’s eighth round of senior footy in the Bendigo Bank Bendigo Football Netball League.

The Hawks will be banking on plenty of support at S & R Park in Canterbury Park as they try to end Storm’s winning streak.

It’s the first showdown between these clubs since Strathfieldsaye won the 2019 grand final by 14 points.

Both line-ups have changed dramatically since then.

The Hawks’ line-up for Saturday includes 10 players from the team which played in the 2019 decider.

Storm has 14 players from its latest premiership-winning team to take on the Borough.

Eaglehawk is still being coached by Travis Matheson who will be rapt to have Lewin Davis, Billy Evans, Shaun Knott and Noah Wheeler back for this crucial clash.

The Hawks were third after four rounds, but have since slipped to the fifth rung.

Beaten in the opening two rounds, Strathfieldsaye was in eighth place.

Since then Storm has surged to second place after impressive wins against Maryborough, Golden Square, Kangaroo Flat, South Bendigo and Castlemaine.

Although far from full-strength, Eaglehawk put in a great effort to be within nine points of Sandhurst in last Saturday’s clash at Queen Elizabeth Oval.

A key to Eaglehawk’s chances will be the centre ball-ups and clearances.

The play of Darcy Richards and Dylan Hanley in the ruck, Ged and Koby Hommelhoff, Evans, Riley Saunders and Sam Harper at ground level will be important.

Key targets in the Hawks’ attack include Shaun Knott and Lewin Davis.

The Borough defence has a huge task trying to stop Sharp who leads the race for the Ron Best Medal as leading goalkicker on 45 goals.

The Geary brothers, Shannon and Kallen return to a ground they know well.

Now co-coach with Darryl Wilson, Shannon still plays a key on-field role and Kallen’s running power and skill is a huge plus for Storm.

After a hat-trick of defeats, South Bendigo will be desperate for victory against Kangaroo Flat at Queen Elizabeth Oval.

It will not be an easy task for the Bloods as the Kangaroos’ confidence jumped significantly after breaking the season drought at Maryborough last round.

The Bloods were second after a 4-0 start to the season, but are now fighting to stay in contention for the finals.

South Bendigo’s attack is led by Kaiden Antonowicz, 25 goals, and has Michael Herlihy and Daniel Nalder to test the Roos in the air and on the ground.

The Bloods’ ability to move quickly from defence to attack is a highlight.

Zac Hare, Braydan Torpey and Brody Haddow are key links in the chain.

After a seven-goal haul last round, Lachlan Wilson will be keen to play another big game.

The James Flaherty-coached Kangaroos have worked a lot to improve their skills and limit turnovers.

Roos’ captain Nick Lang always has a key role in the ruck or attack, while the play of Kevin Clark, Brodie Fry, Ben Xiriha and Kyle Symons will be important as the Roos chase a major upset.

In one change to a winning line-up, Mitch Holt is in for Tom Gillespie.

Kyneton is back on home turf at Kyneton Showgrounds to face the ladder-leading Sandhurst.

The Paul Chapman-coached Tigers are on the rebound from a 100-point loss at Gisborne.

Being able to create and capitalise on scoring chances are factors the Tigers have battled to consistently achieve.

The Tigers’ talented onball and midfield division led by Rhys Magin, Angus Nolte and Tom O’Sullivan is capable of winning plenty of contests.

They will be tested in this match by the likes of Lee and James Coghlan, Blair Holmes and Lachlan Tardrew.

The Ashley Connick-coached Dragons welcome back Brodie Montague and Alex Wharton for this contest.

Sandhurst’s ability to have a spread of goalkicking options is a huge strength.

The Tigers’ attack is led by Guy Dickson, 11; Rhys Magin and Bailey McGee on nine.

Dragons’ ruckman Chris Down is in superb form and creates many chances for the likes of Nick Stagg, Lachlan Tardrew, Jake McLean and James Mittell.

It’s a massive challenge from the Justin Abrams-coached Magpies as they aim to rebound from a loss to Kangaroo Flat by playing on the Bulldogs’ turf.

A formidable Gisborne attack is led by Pat McKenna and Jack Scanlon who kicked five goals apiece in last week’s win against Kyneton for season tallies of 28 and 19.

The Rob Waters-coached Gisborne regains key defender for this match.

The Magpies will again look for big games from the likes of Bilton, Bailey Edwards, Harrison Monk, Kya Lanfranchi and Jayden Hooper.

The Castlemaine Magpies are back at Camp Reserve to take on Golden Square.

The Don Moran-coached Pies will be desperate to score a few goals, but doing so will not be easy.

Pressure will be the theme for Castlemaine.

Likely to be outsized and outclassed in most positions, Castlemaine’s ability to force errors and limit their own will be crucial.

A strong Golden Square line-up includes Joel Brett and Jayden Burke who kicked seven and five goals and were among the best in the win against South Bendigo.

Golden Square stars such as Jack Geary, Terry Reeves, Hamish Morcom and Ryan Hartley are likely to set up plenty of attacks from midfield or around the packs.

Youngsters such as Jack Threlfall and Tom Strauch have played well for the Christian Carter-coached Golden Square.