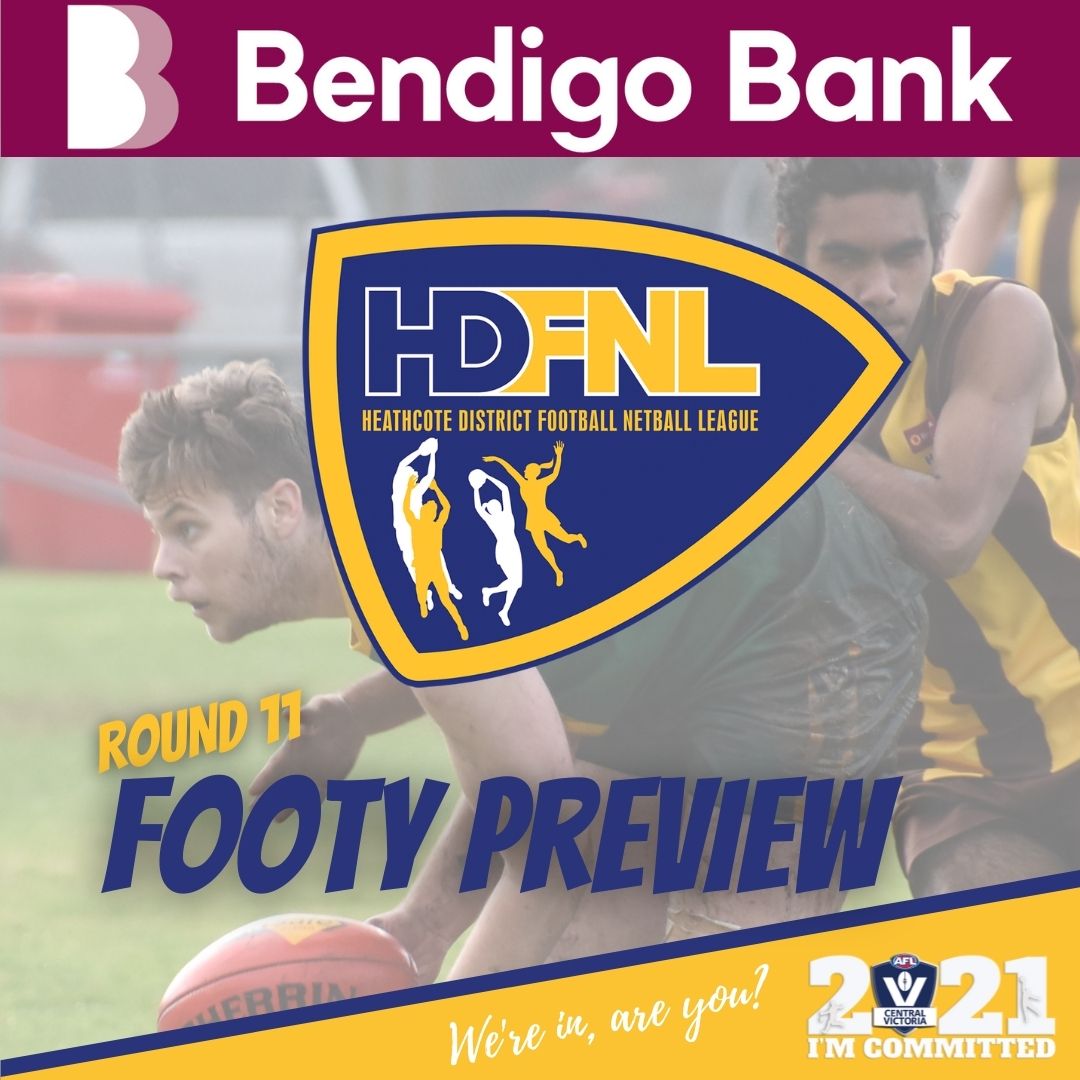 HUNTLY will aim to stun Mount Pleasant for the second time this season when they clash in Saturday’s 11th round of the Bendigo Bank Heathcote District Football Netball League senior footy action.

A win for the Hawks on Mounts’ turf at Toolleen would put Huntly in the top five at the Blues’ expense.

When these clubs met in round four it was the Hawks who soared to a 90-55 victory at Specialist Breeders Australia Oval in Huntly.

Mounts and Huntly are both on the rebound from defeat.

The Darren Walsh and Adam Baird-coached Blues will be keen to see gun forward Ben Weightman hit form, while Baird, Billy Mahony and Liam Collins are capable of setting up plenty of attacks.

Huntly has brought in Matt Jeffries and Jake Semmel, but Max Edwards and Anthony Tanner are out.

Heathcote and White Hills meet in the battle of the Saints and Demons at Pigeon Park in Heathcote’s Barrack Reserve.

The Saints won by 23 points at Leitchville last week, while white Hills went down by seven points in a hard-fought contest with North Bendigo.

In round four, Demons’ full-forward Jed Lamb kicked 13 goals against the Saints.

Lamb has a season tally of 60 and looms as a big threat to Heathcote.

After a bye, Elmore is back on home turf to face the unbeaten Lockington Bamawm United.

It’s in midfield and defence where the Bloods will have to keep the pressure up.

Elmore defenders Zac Laffy, Joe Harney and Zack Holmberg will be up against Patrick Gardiner, Anthony McMahon and Ben McPhee.

The Cats regain Ben McPhee from injury and have brought in Will Roffey, but Lachlan Atherton and Trent Bacon are out.

The Brodie Collins-coached LBU has stars on every line.

A strong Grasshoppers’ line-up includes Lochlan Sirett in the ruck, Todd Clarke in the centre, Jedd Brain and Matt Riordan in attack, James Lawless and Nick Knight in defence.

The Bombers will look for strong games from the likes of Lee Pollock in the ruck, Nathan McLellan, Ayden Walton and Alex Keath in defence, Tom Brereton, Toby Duncan and Josh Hawken in midfield.