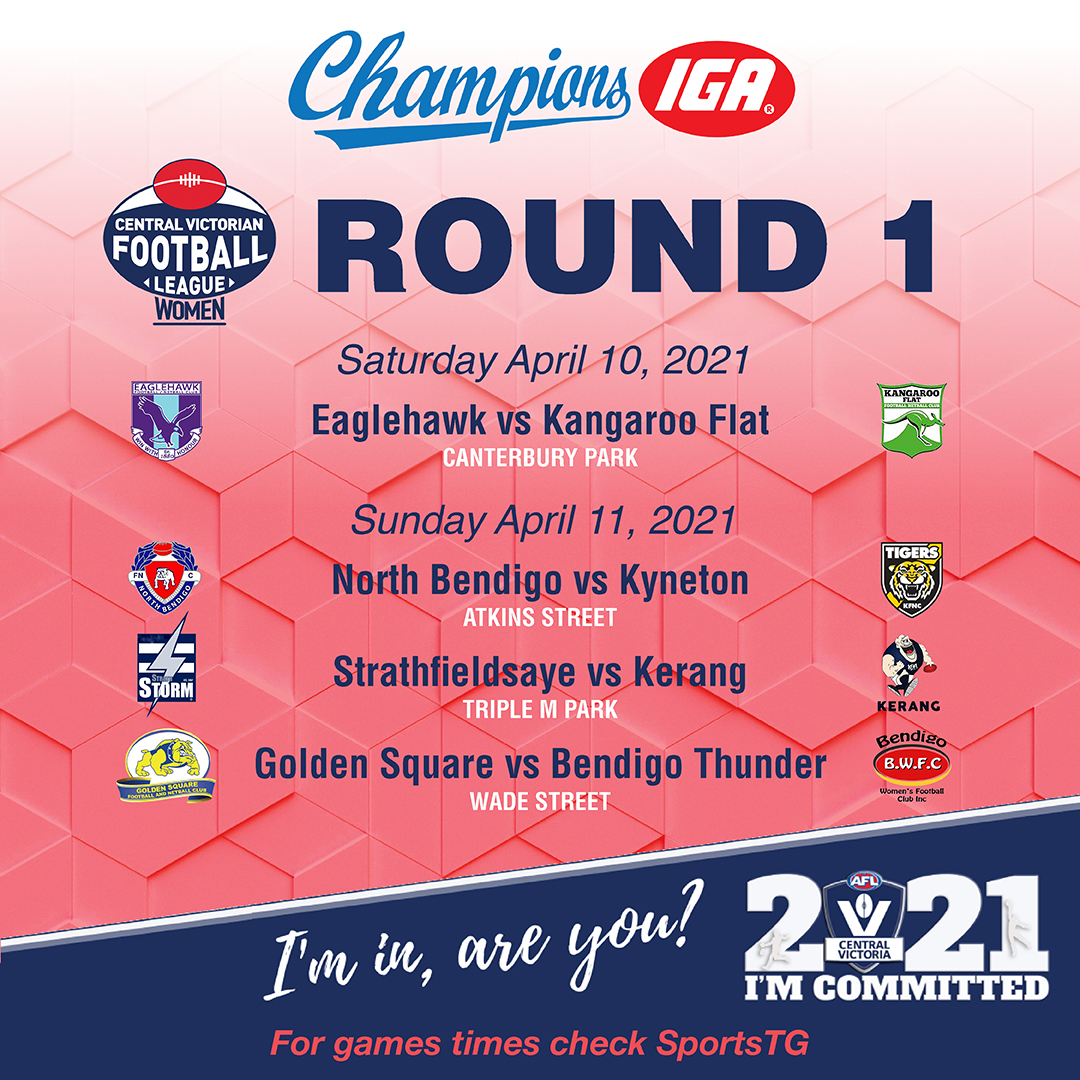 KERANG and Bendigo Thunder will be keen to have an impact in this weekend’s start to the Champions IGA-backed AFL Central Victoria women’s league.

The Kerang line-up make its league debut on Strathfieldsaye Storm’s turf at Triple M Park on Sunday from 2.30pm.

It’s a daunting task for Kerang on the wide expanses of the Tannery Lane ground.

Round one starts on Saturday night at Eaglehawk’s Canterbury Park.

The Hawks will be fired up for the showdown with Kangaroo Flat from 7.45pm.

Runner-up in 2019, Kangaroo Flat is likely to be a flag contender once again.

Eaglehawk had a 2-13 run two seasons ago.

The Tigers had a 3-12 tally two seasons ago, but have some quality players.

Golden Square will unfurl the 2019 premiership flag ahead of its match against Bendigo Thunder at Wade Street.

The Bulldogs and Thunder clash from 2.30pm.

A 25-point victory in the 2019 grand final capped an unbeaten run by the blue and gold.

Golden Square is favourite to notch back-to-back premierships, but Thunder will be equally desperate to perform well.