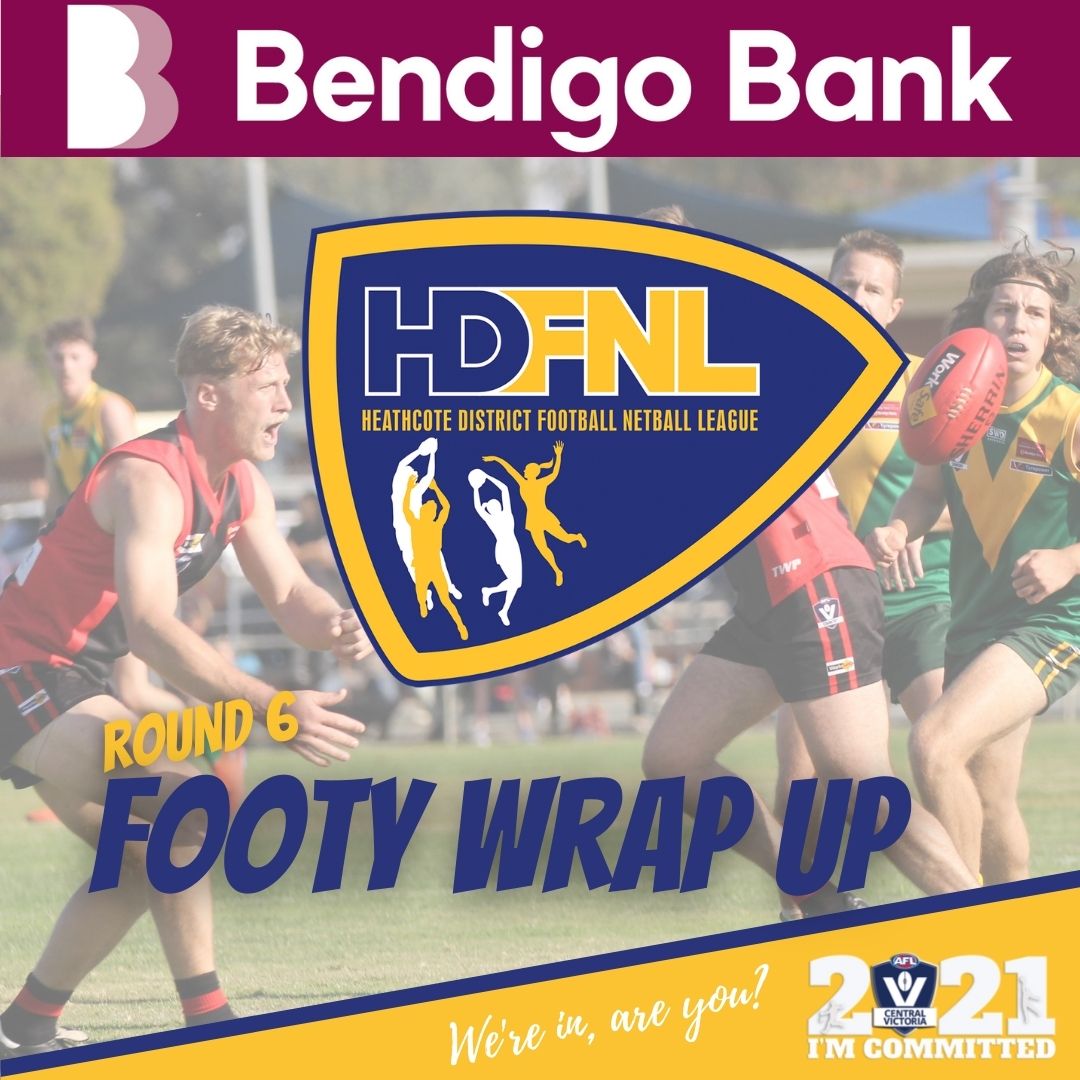 Scores were locked on 27-all at quarter-time of the clash on the Demons’ turf at Tint-A-Car Oval in Scott Street.

The Sam Kerridge-coached Demons upped the pressure and run to score 7.3 to 1.5 in the second to lead by 34 points at the long break.

Get it to Lamby became the mantra for White Hills as he dominated play.

The ladder-leading Demons added 12 goals in the second half and kept Mounts to just three on the way to a 154-60 victory.

Lamb led the Demons attack as Jake Allport, Marc Millard and Eli Pearce chipped in with two each.

The Blues’ leading goalkicker was the classy Ben Weightman on four.

Lockington Bamawm United overcame an almight scare at Huntly to win by 23 points.

The Huntly Hawks played inspired football to lead 5.5 (35) to 1.7 (13) at half-time of the clash at Specialist Breeders Australia Oval in Strauch Reserve.

The Cats fought back to win the third quarter, 31-19, but Huntly held a 10-point lead going into the last.

LBU responded to the challenge and scored six goals to one in the final term to complete an 84-61 victory.

It was a great effort by the Hawks in which Jeffries, Josh Harris, Tyler Miles, Jake Semmel, Brandon Dimech and Jay McDonald led the way for the brown and gold.

North Bendigo won a hard-fought battle with Colbinabbin on the Bulldogs’ patch at Hibo Hotel Oval in Atkins Street.

It was the rematch of the 2019 grand finalists.

Both line-ups have changed dramatically since then.

North Bendigo raced to a 24-1 lead as Koe Ngawati, Jack Francis, Shane Harris and Brodie Thomson were all on target.

Colbo’s only goal in the opening term was through Clint Shields to which Ryan Gow replied for the Bulldogs to lead 30-8 at quarter-time.

Wingman Brayden Oates goaled for the Dogs to lead 36-8, but from there it was Colbo which did most of the attacking.

The Grasshoppers scored a hat-trick of goals to be within nine points at half-time.

When Nat Dixon snapped truly from roving a marking contest the Grasshoppers were up 42-40.

It became six unanswered goals for Colbo when Shields soccered a goal from the goalsquare.

Staring at consecutive defeats at home for the first time in many years, North Bendigo lifted.

A right-foot snap by Clay Davies after he roved a marking contest put the Bulldogs in front.

Bulldogs’ captain Aarryn Craig swooped on the loose ball and kicked a fine goal for North Bendigo to lead 61-49.

The pressure was back on after Colbo ruckman Lochlan Sirett capped a best afield effort with a goal to make it 63-57.

Elmore blitzed the Leitchville Gunbower Bombers in the first half of their clash at Degroot Roof Painting Oval in Leitchville.

In pursuit of consecutive wins, Elmore scored seven goals in the opening quarter to lead by 40 points.

The Bloods held a 55-point buffer by the long break and kept the pressure up to lead 88-18 at a quarter to go.

Leitchville Gunbower fought on to win the final quarter, 26-6, but it was Elmore which celebrated a 94-44 victory.

Heathcote had the bye.

A tally of 42 goals in six matches has Jed Lamb well clear of rivals in the goalkicking race and on target to push for the century mark.

In next Saturday’s seventh round, Mount Pleasant takes on North Bendigo at Toolleen.

Colbinabbin and Heathcote meet on the Grasshoppers’ turf at M.J. Morgan Reserve.

All senior matches start at 2.15pm.