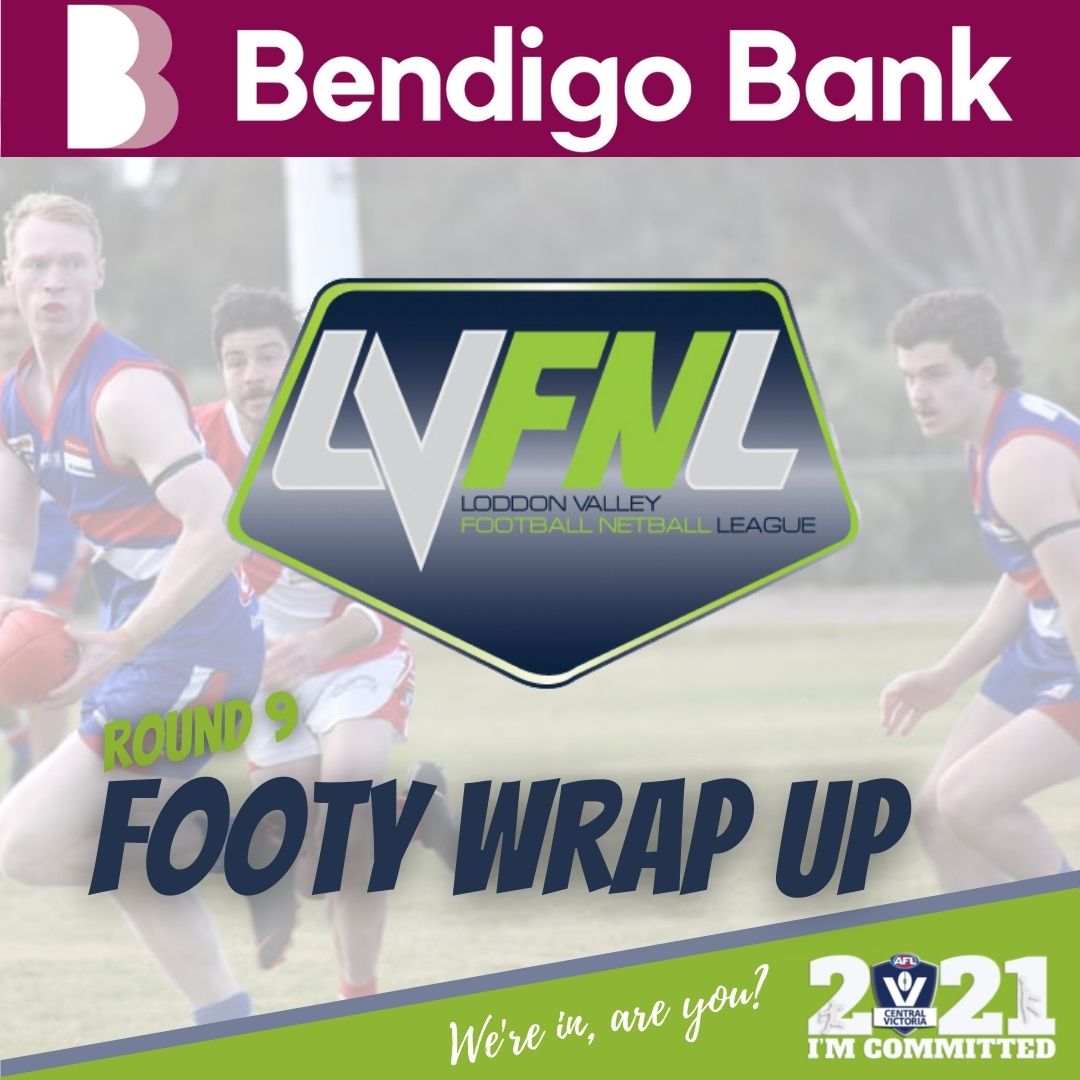 MITIAMO was too strong for Bridgewater in the clash of the Bendigo Bank Loddon Valley Football Netball League’s unbeaten senior footy teams in Saturday’s 9th round.

The Superoos and Mean Machine clashed on Bridgewater’s turf at Bridgewater Bakehouse Oval.

A daunting task for the home team became more difficult as four key players were on the sidelines because of suspension.

The Mean Machine led 18-16 at quarter-time, but it was the Superoos who gained a two-goal buffer by the long break as they added 2.4 to just two points in the second term.

Led by the play of Lee Dale, Matt Grant and co-coach Tyrone Downie, Mitiamo dominated most of the second half.

Bridgewater’s attack was led by Josh Martyn on two.

The latest addition to Marong’s attack, Brandyn Grenfell dominated in the Panthers win against Newbridge at Discover Marong Park in Malone Park.

It was a best on ground performance by Grenfell in his second match for the club as Aron Morrish, Robins, Richard Tibbett, Pappin and Cory Jacobs also starred.

The Maiden Gully YCW Eagles soared to a 177-point win against Inglewood at Marist College Oval.

Tom and Tori Ferguson were best for the Eagles, along with Matt and Luke Gray, Hamish McCartney and Sam Barnes.

On another tough afternoon for the Blues, Matt Rowe, Cody Stobaus, Daniel Lloyd, Luke Matheson and Cameron Martin were best.

A seven-goal blitz in the first quarter set up Pyramid Hill’s victory against Bears Lagoon Serpentine at Mitchell Park.

The Bears’ attack was led by James Rippingale on four goals.

The race for the goalkicking award is led by Pyramid Hill’s Braidy Dickens on 40 from Marong’s Kain Robins, 38; and Bridgewater’s Josh Martyn on 34.

A tally of 22 goals in just two games has Marong’s Brandyn Grenfell in seventh place.

Bears Lagoon Serpentine has the bye.