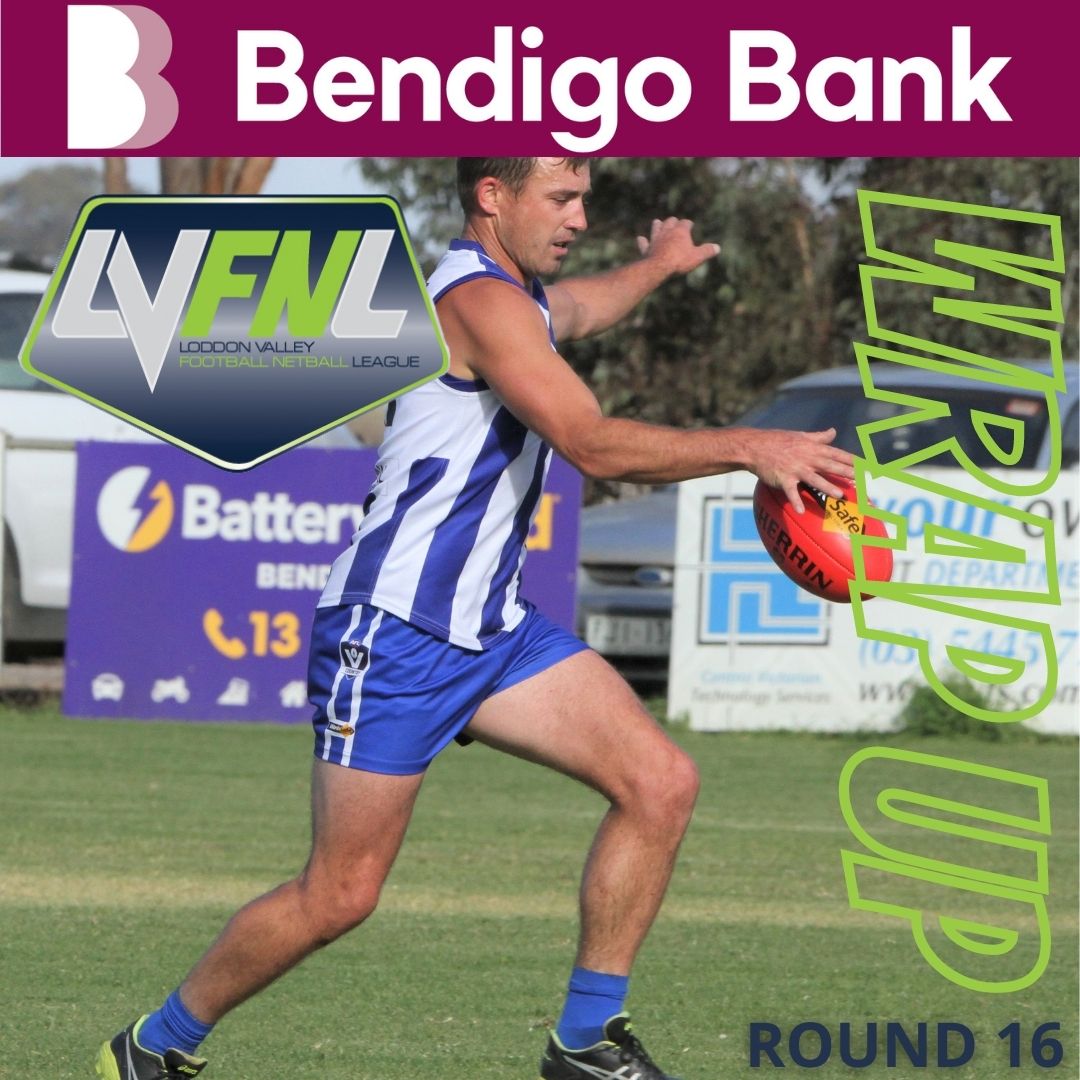 The Superoos led 15-8 at quarter-time of the clash on Pyramid Hill’s turf at Mitchell Park and then scored 4.1 to 1.2 in the second term to gain a four-goal buffer.

Mitiamo co-coach Tyrone Downie was a danger to the Bulldogs’ defence all match and went on to kick five goals as Tim Brooks and Andrew Cussen added three each in the 90-39 victory.

Marong dominated the second half of its clash with Bears Lagoon Serpentine at Serpentine.

The Linton Jacobs-coached Marong has a win-loss record of 9-2.

The third-placed Panthers take on Inglewood at home, and then play Newbridge at Simonds Homes Riverside Oval in Newbridge to complete the home and away series.

It was in the third quarter where Calivil United upped its run and pressure to score eight goals and hold Inglewood to just one major.

The Demons added seven goals in the last as the Blues scored two.

Jake Lawry capped a best on ground performance by kicking eight goals in the 166-46 result for the Demons.

Ben Baker was also in hot form as he kicked six goals for Calivil United.

Inglewood’s attack was led by Cody Stobaus on three goals.

A tally of 46 points was Inglewood’s best since 45 against Bears Lagoon Serpentine in the fourth round played on the Bears’ ground at Serpentine Recreation Reserve.

Josh Martyn and Jarrod Fitzpatrick both kicked three goals apiece for the Mean Machine as Darren Clutton and Alex Pollock chipped in with two each.

The Eagles attack was led by Matt Gray on two.

Beaten just once this year by Mitiamo, Bridgewater is back on home turf at Bridgewater Bakehouse Oval for next Saturday’s clash with the fourth-placed Pyramid Hill.

Newbridge had the bye.

In next Saturday’s 17th round, Bridgewater takes on Pyramid Hill at Bridgewater Bakehouse Oval.