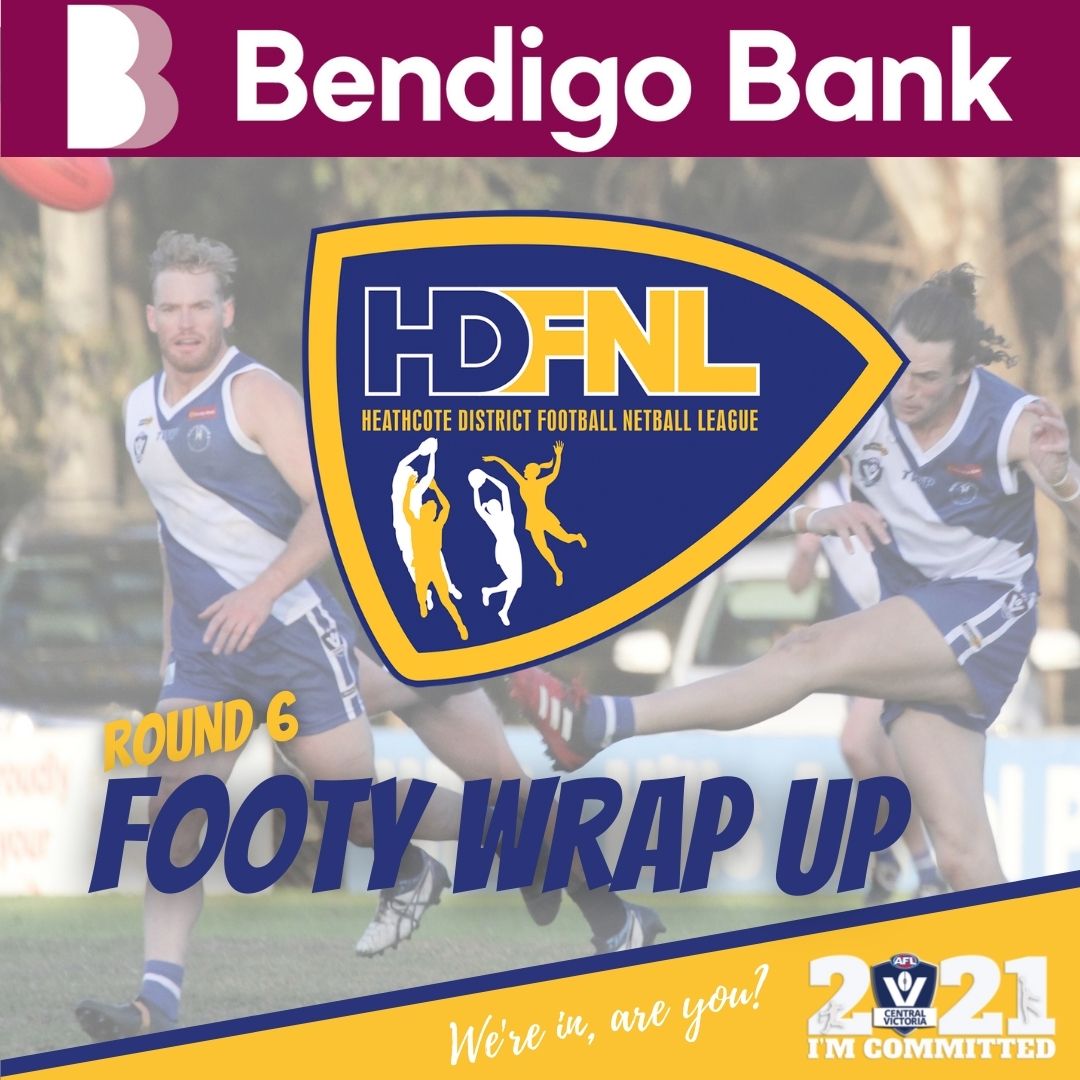 The Blues were desperate for victory and a chance to climb into the top five.

The match on Mounts’ turf at Toolleen also honoured Russell Roulston, a star forward with the Blues in the 1980s, and premiership-winning forward with North Bendigo in 1974 and ’77.

The Roulston brothers, Russell and Doug were key targets in a formidable Bulldogs attack, especially the run to an unbeaten premiership in 1977 when John Plim was captain-coach.

A great run of grand final wins for Russell Roulston included being full-forward as Golden Square won the BFL flag in 1976.

On Saturday it was the Blues who outplayed the North Bendigo breed of Bulldogs for most of the contest.

A key inclusion for Mounts was gun onballer and 2019 Michelsen medallist Adam Baird.

Co-coach of the Blues with Darren Walsh, Baird is a multiple premiership winner with Golden Square.

In his first match for Mounts, Baird won plenty of the footy and set up a lot of attacks.

A closely-fought third term was won by Mounts, 15-9.

Rhys Deacon led the Blues attack on six goals to be best on ground as Fletcher White and Ben Weightman chipped in with two apiece.

White Hills star forward Jed Lamb passed the 50-goal mark as he kicked a game-high six in the Demons win at Elmore by 51 points.

The Bloods played an outstanding first quarter to be within nine points of the ladders leaders at the first break.

It was more of the same in the third quarter as the Demons scored five goals and held the Bloods to just one.

The final term was to be Elmore’s best as it added four goals straight to 3.3.

Elmore’s attack was led by Farran Priest and Dylan Oaff on three apiece.

The Grasshoppers made a strong start on their turf to lead 34-7 at quarter-time.

The margin was 31 by the long break and the Grasshoppers did not let up as they scored 4.6 to a goal in the third term.

Stephen Tuohey kicked six goals in a best on ground performance and Laine Fitzgerald added three for the green and gold.

A seven-goal haul by James McPhee was a highlight of Lockington Bamawm United’s big win against Leitchville Gunbower.

Goalkickers for the Bombers were Zeb Ellwood, Billy Hawken and Nathan McLellan.

Match of the day in next Saturday’s eighth round will be at White Hills where the Demons take on Lockington Bamawm United at Tint A Car Oval in Scott Street.

Heathcote and Mount Pleasant clash on the Saints’ turf at Pigeon Park in Barrack Reserve.