The Royals led 27-1 at the first break of the clash at Donald.

Sea Lake Nandaly struck back to win the second, 18-1, before both teams added 14 points in the crucial third term.

The Tigers’ attack was led by captain Matt Elliott and Justin Ellis on two.

Boort clung on for a one-point win against St Arnaud at Boort Park.

The Magpies led 19-7 at quarter-time, but it was the Torin Petrie-coached Saints who had charged to a 27-20 lead by half-time.

Although St Arnaud outscored the Magpies, 21-17 in the final quarter, it was a 63-62 victory for the Andy Hawker-coached Boort.

The Saints’ leading goalkickers were Jack and Jacob Tillig on two each.

Charlton hit back to win the last quarter, 31-14, but it was the Boe Bish-coached Demons who enjoyed the 89-64 result.

Cody Green led the Demons’ attack on four goals as Matthew Beckmans and Gedd Hommelhoff chipped in with two majors.

Seven goals by Nathan Gordon earned best on ground honours as Will Sheahan kicked three goals for the Bulls.

Leaders in the goalkicking race:

It’s first against third when Birchip Watchem meets Sea Lake Nandaly Tigers in next Saturday’s round 15 action at George Cartwright Oval in Birchip.

Donald is on home turf to face Boort. 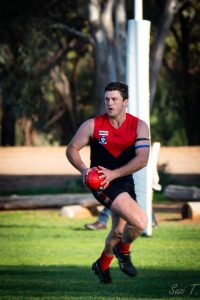