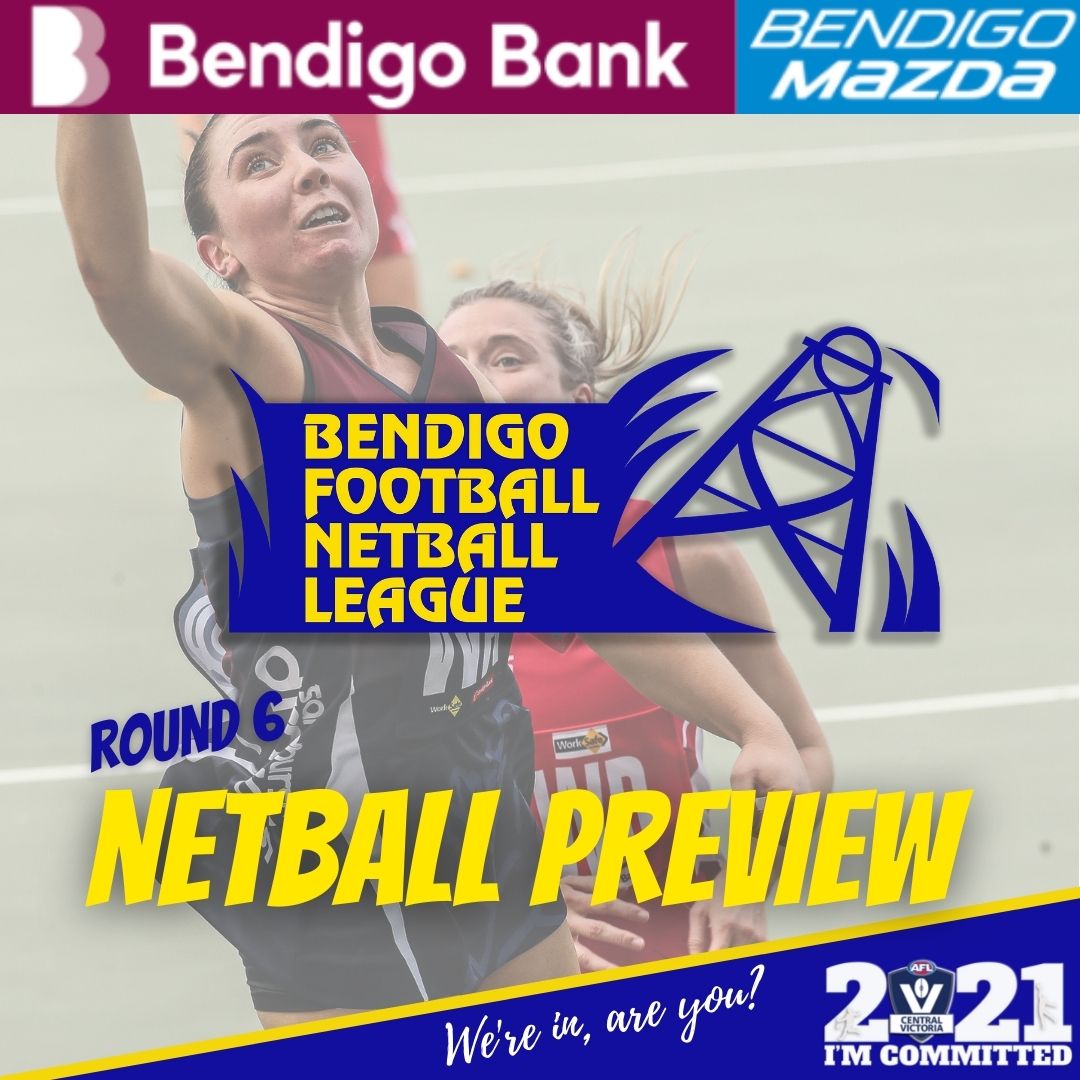 THE second-placed Gisborne will fight to continue its winning streak when it plays at Eaglehawk in this Saturday’s sixth round of A-grade netball in the Bendigo Bank Bendigo Football Netball League.

It’s another massive test for the Hawks on their court at S & R Park in Canterbury Park.

The Hawks faced a 0-2 record after being beaten under the S & R Park lights by Kangaroo Flat and then a two-goal loss to South Bendigo at Queen Elizabeth Oval.

The Gayle Annan-coached Eaglehawk had a bye and then won at Maryborough by 23 goals and at Kyneton by 15 goals.

Gisborne had a rest last Saturday as it was drawn to play Castlemaine at Gardiner Reserve.

A great run by the Tarryn  Eaglehawk marked the trek south to Kyneton by scoring a crucial 15-goal win.

After defeats in the opening two games to the Kangaroos and South Bendigo, Eaglehawk has struck back to win away games at Maryborough by 23 goals and then at Kyneton Showgrounds.

Gisborne hosted Castlemaine in the lower grades of netball at Gardiner Reserve, but the A-grade team had a rest.

A great  run by the Tarryn Rymer-coached Gisborne has included a 25-goal win at home against Strathfieldsaye, 25-goal victory at Golden Square, a 43-all draw with Kangaroo Flat at home, and 48-40 win against South Bendigo at the QEO.

The Bloods are on the rebound from a 40-goal loss to Sandhurst, and Strathfieldsaye went down to Kangaroo Flat by 32 goals at Triple M Park in Storm territory.

The Janelle Hobbs-coached South Bendigo holds fifth place, but a loss could see it slide from there.

After a breakthrough win at home against Maryborough in round three, Storm was beaten at Golden Square and then by the formidable Kangaroo Flat line-up.

Storm coach Steph Freemantle will be keen to see a lift in defensive pressure across all thirds of the court and all match.

Kyneton and Maryborough clash at the later time of 3.20pm at Kyneton Showgrounds.

The Tigers have not won since a 38-31 victory against Golden Square in the first round.

Magpies’ coach Alicia Cassidy will be keen to see more of last week’s confidence and ferocity at the contest.

It’s a rest for Sandhurst’s A-grade players, but the maroon and blue will take on Castlemaine in the lower grades at Camp Reserve.

The match between Kangaroo Flat and Golden Square will be played as a stand-alone fixture on May 22 at Bendigo Mazda Oval in Kangaroo Flat’s Dower Park.