John Hewitt – The most important thing is they are still involved 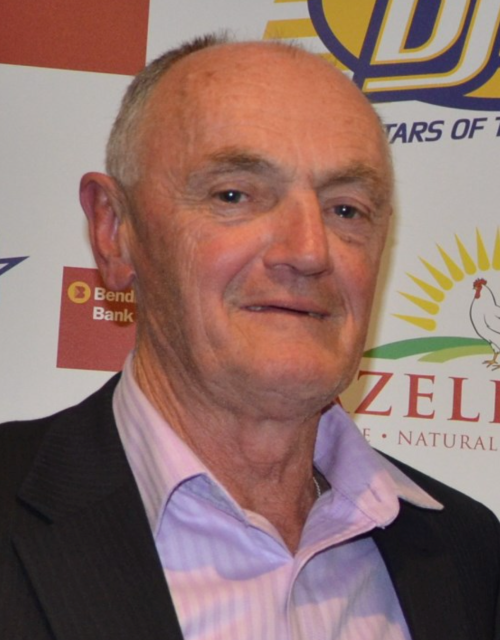 I get so much enjoyment when I hear the young ones who have grown up are still playing footy, even if they are just playing locally, it’s great to hear they’re still involved in the game.”

“A young fella from South Bendigo, Kieran Strachan, debuted for the Adelaide Crows on the weekend and that’s tremendous to hear but the most important thing is that (just as long as) they are still involved at (whatever) regardless of the level”

This is the reason why life member and current secretary of the Bendigo Bank Junior Football League (BJFL), John Hewitt has been involved for so many years.

The dedication John portrays to ensure children have the opportunity for team sport is evident and the satisfaction he feels as a result of his hard work is clear, and now John has the opportunity to watch his own grandkids play within the BJFL.

John shared the value of junior team sport, learning from the experience of having his own children involved with numerous sporting clubs. “It gives kids something to do, otherwise they might be hanging around the street, getting into trouble, or maybe they still do that, I’m not sure. But the involvement and commitment to a team is so important for children”, John believes.

John began at the Bendigo Bank Junior Football League in 2003, and after 9 years of dedicated service was presented with life membership at the BJFL annual league dinner.

Although he insists it felt like he had only been in the job for merely five minutes, he reflected on his first annual dinner, where he was tasked with the role of securing a guest speaker for the night. Former Collingwood player Gavin Crosisca was organised and deemed a hit with the league. Those who have had the opportunity to attend a league dinner may have noticed a theme with Collingwood guest speakers, reflecting his dedicated support of the pies.

John has always held the position of secretary in the league. His role largely focused on registering players, although also included other general secretary jobs such as organising meetings and creating minutes and fixtures. The role has slowed down due to the involvement of AFL Central Victoria in recent years, however he explained that after 18 years of passionate service, “it’s not such a bad thing. “AFLCV staff now complete the ‘day to day’ duties for the BJFL and my role is no longer ‘hands on’, mainly just being involved on the Advisory Committee and attending grading games. The work the staff complete is huge and a great relief to myself and other volunteers.”

He shared how fantastic it has been to see the female football grow over his time too. From only allowing girls to play mixed in junior age groups, to expanding and creating an entire league for women to play, it holds exciting prosperity for future female football, and of course seeing women’s elite AFL take off provides fantastic role models for girls in the sport.

The opportunity to meet so many wonderful people involved with the BJFL, including players, parents, volunteers and league colleagues, is yet another reason why John cherishes his position in the league.

John has witnessed the potential the Bendigo Bank Junior Football League have in shaping children and despite the unfortunate decision to cancel the 2020 season due to Victorian restrictions, he remains hopeful for a bigger and better 2021 season. “I hope we continue to keep rising, and to keep expanding. Hopefully next season restrictions are gone and the league goes on like normal. Ideally kids will be keener next year because of missing out”.

It is evident from the commitment of service, passion and dedication to the league, Mr Hewitt truly is a BJFL legend.